A tale from the calm of Mill Bay, near Dale, to the bloody battle at Bosworth.

This is the story of Henry Tudor, born locally at Pembroke Castle, and his spectacular homecoming. Henry had spent most of his life in exile in France.

In 1485, at the age of 28, he returned to his homeland with an army of about 2,000 men and a mission to defeat the King and reclaim the English crown.

Henry and his men chose to land at Mill Bay, at the mouth of Milford Haven. This was close enough to his home of Pembroke and also close to allies. Yet it was hidden away from the eyes of the King’s supporters.

After coming ashore, Henry and his men marched towards Haverfordwest, gaining support en route. Onwards they then marched to Carew Castle, home of Rhys ap Thomas, a very rich and powerful man.

Henry knew that if he and his men were to have any hope of defeating the King, they would need Rhys and his men on their side.  Rhys had, however, sworn allegiance to King Richard III. He’d also vowed to King Richard that Henry Tudor would only land in Wales ‘over my belly’.

Thus, to ease his conscience about helping Henry, Rhys lay down under Mullock bridge and allowed Henry and his men to walk over his belly. He afterwards proved a loyal supporter to Henry, bringing with him an army of well-trained men.

The men marched eastwards.  By the time they reached Bosworth, they were about 5,000 in number. When King Richard arrived to meet him, he had 12,000 men in tow.  Horses charged, arrows flew, armour clanged, swords clashed.

After a short but bloody battle, Richard was defeated and carried away on horseback. Rhys was knighted on the battle field and then returned to Carew where he celebrated his rise in status by thoroughly renovating Carew Castle and later holding a great tournament there – five days of magnificent feasting and jousting.

Meanwhile, Henry had marched on to London and become King Henry VII, founder of the Tudor Dynasty. 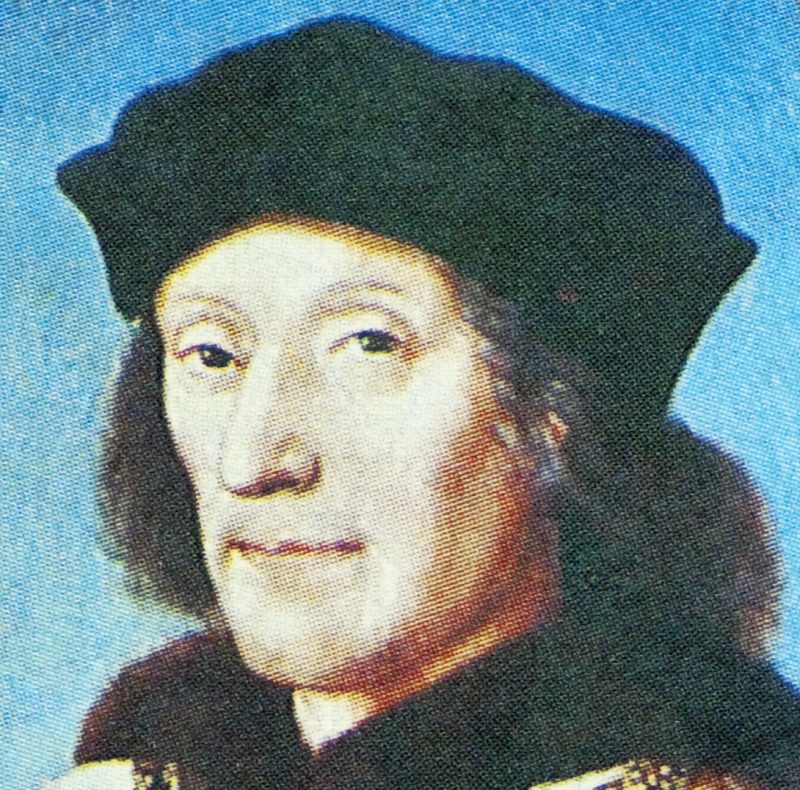