Now a tranquil village nestled within Pembrokeshire Coast National Park, Nevern’s Medieval past lives on through the legends relating to the castle and the church.

Why does the yew tree in Nevern churchyard drip thick red blood and when will it stop bleeding? 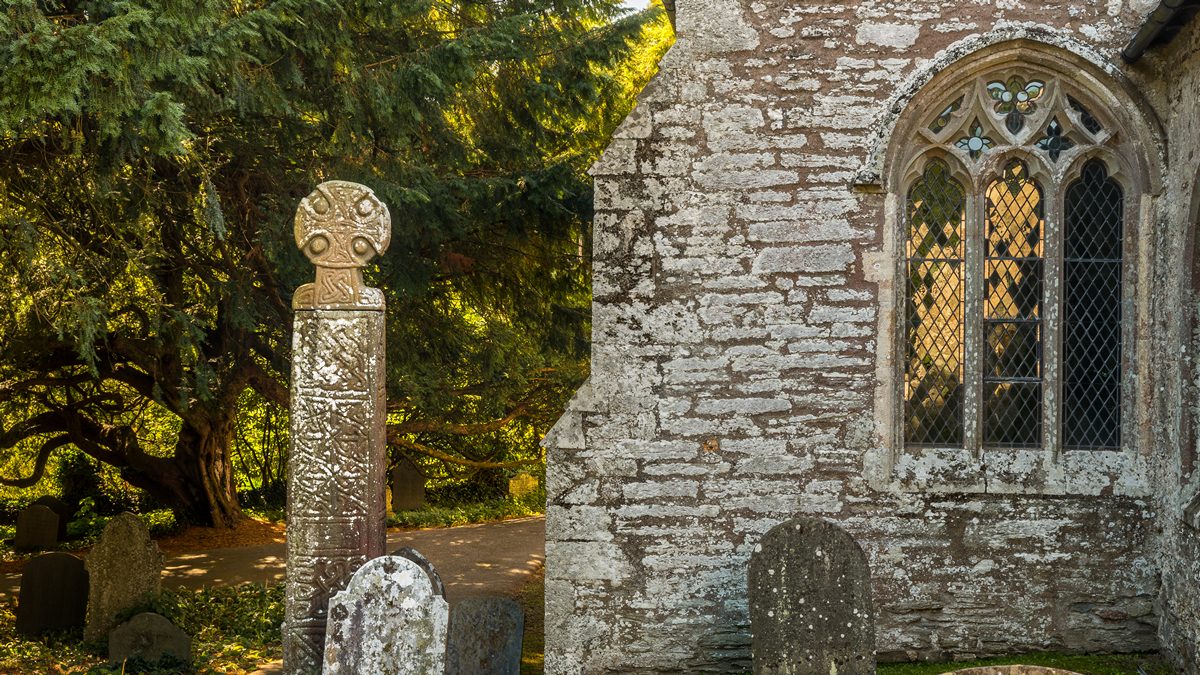 The story of the lives, loves and bitter battles fought at Nevern Castle.

A saintly man who made his home in North Pembrokeshire with strong links to Nevern and Carn Ingli​.

Legend has it that this saintly man from Ireland, St Brynach, was great friends with St David. After hearing how popular David was in the area of Pembrokeshire, he decided to follow in his footsteps. So he set off from Ireland, sailed on a stone to Brittany and then went on to Milford Haven.

Once on Welsh shores, he meandered his way across the land stopping in many different places. But he  didn’t settle in any of them until finally a dream led him to Nevern.  There he went to the place where a little stream joined the River Nevern. And it was to that spot that a white sow came and led him to the place in which he was to settle. After being gifted land by the local chief, he built a humble place of worship on what is now the site of Nevern Church.

Brynach was a very pious and solitary man. Used to his own company, he is said to have built himself a simple cell high up amongst the rocky crags of Carn Ingli which, translated from the Welsh, is the Mount of Angels. Here he spent many hours, sometimes days, sitting in isolation, praying, contemplating and communing with the angels.

It is said that he had special powers with animals, and that he was able to tame even the fiercest and most wild of creatures.  He had two stags who would pull his cart, and it was a tame wolf that looked after his favourite milk cow.

His special bird was a cuckoo, and every year the cuckoo would come to sing in Nevern before going anywhere else in West Wales.

When St Brynach died on 7 April, he was gathered up by angels from the summit of Carn Ingli and from there he was transported to heaven. That day when he died, 7 April, is still celebrated as his feast day.