Woodlands are an important ecological resource providing key habitats in our fragile environment. They provide a carbon sink at a time when our planet is under increasing threat by global warming. They support a wide range of species which are dependent on these habitats being in good environmental condition.

Unfortunately, due to many factors over many years, a large proportion of our woodland resource is under threat and in decline. We need to enhance these important habitats to protect these key species.

The National Park Authority owns and manages over 250 hectares of woodland.

Woodlands provide a wonderful backdrop to many areas of Pembrokeshire and should be seen to be as important as our wonderful coastline. Access and recreation in the countryside are in demand. Woodlands provide great opportunities for recreational enjoyment which benefits people’s health and well-being, in addition to a better appreciation of our own special environment.

Many Forest Schools have been established in the county that offer fantastic Outdoor Learning opportunities for students. To find out more, see Pembrokeshire Outdoor Schools (PODS).

Since 2009, two serious tree diseases in larch and ash have been affecting sites in the UK and beyond. Whilst larch has economic consequences for timber growers, ash is a significant native tree and there is a real risk that it could disappear from the countryside as happened in the 1970s with Dutch elm disease.

Chalara fraxinea, more commonly known as ash dieback ,is a fungal disease specific to ash. It is dispersed by wind-borne spores and has already devastated trees in Denmark and elsewhere on the continent.

Ash dieback was confirmed on planted sites in the UK in 2012 where trees were imported from infected areas in Europe and has already spread into the wider environment at a few locations, including one at Ferryside in Wales.

It is hoped the early detection and removal of infected young trees can slow down the loss of ash trees and woodland, which account for as much as 14% of our woodland resource in Wales, maybe  more in Pembrokeshire. There is also hope that some trees may be more resistant to the disease.

Phytophthora ramorum is another fungal disease spread by both water and in the air that can affect a variety of plants. Its main hosts are rhododendron and larch but it can also attack other tree species, as well as garden plants such as viburnum and magnolia, and heathland plants such as bilberry.

It was first identified in Wales in 2009 and with large areas of larch affected in South and West Wales. Pembrokeshire Coast National Park Authority felled around 400 infected larch trees in June 2013. 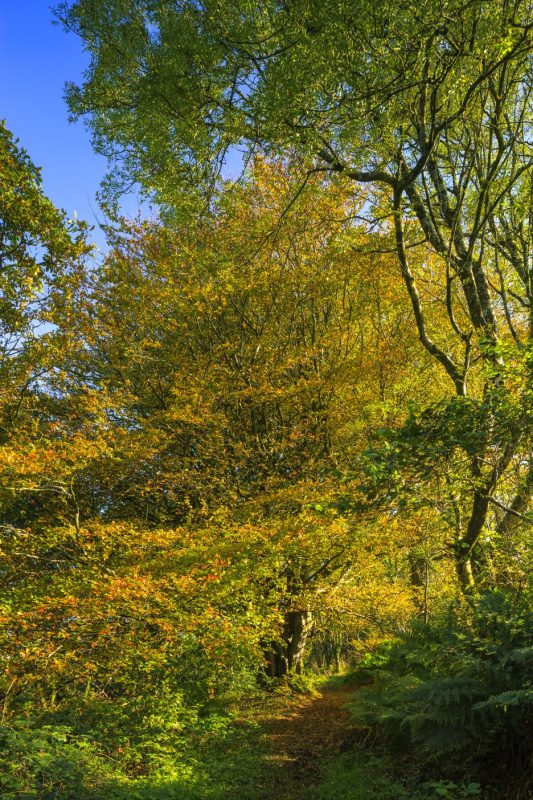 What can you do to help?

If you live in or are visiting an area where a tree disease has been confirmed, following simple biosecurity measures such as those set out below will help limit the spread.

Symptoms are shown in the videos linked below.

If you are concerned about trees you have seen, you can report your findings (note locations and take photographs) using the following links: