As well as offering walkers spectacular coastal scenery and wildlife, the Trail also passes through a landscape in which humans have lived for centuries and which they too have helped shape.

This is an area largely forged out of the activities of fishing and farming, as shown by the small coastal settlements and the farmed landscape.

These villages were not just providers of food, they also linked Pembrokeshire to what was, in the days before road and rail, the major highway of the sea.

Along the Path you can see many reminders of this maritime tradition from the Neolithic cromlechs and Iron Age promontory forts to the churches and chapels of the seafaring early Celtic saints and their followers.

The Vikings took interest in the area, reflected today in a legacy of place names such as Goodwick near Fishguard and the islands of Skomer and Skokholm.

Place names along the Path also reflect the traditional cultural divide between the Welsh north and ‘Little England’ of the south.

The Normans built massive castles, such as those at Pembroke, Tenby and Manorbier, to assert their authority. Today these castles are reminders that, despite its peripheral geographical position, Pembrokeshire once played a key role in major events.

Henry Tudor (Henry VII) was born in Pembroke Castle and, following his exile in France, landed at Mill Bay near Dale in 1485 on his way to capture the crown at the Battle of Bosworth. In the 17th century, the county was the scene of Civil War conflict with Oliver Cromwell laying siege to Pembroke Castle.

In 1797 a ragged French force made an abortive landing near Fishguard, only to be repelled by townspeople and the Castlemartin Yeomanry. Today a stone on the Coast Path at Carreg Wastad marks this “Last Invasion of Britain”. Fear of attack from the west led the Victorians to build a string of Napoleonic forts along the south coast and the Milford Haven waterway.

Throughout the length of the 186-mile Trail small quays, lime kilns and warehouses, and sites like the brickworks at Porthgain in North Pembrokeshire, are reminders of a industrial tradition, although little remains today of Pembrokeshire’s once prosperous anthracite coalfield in the south. 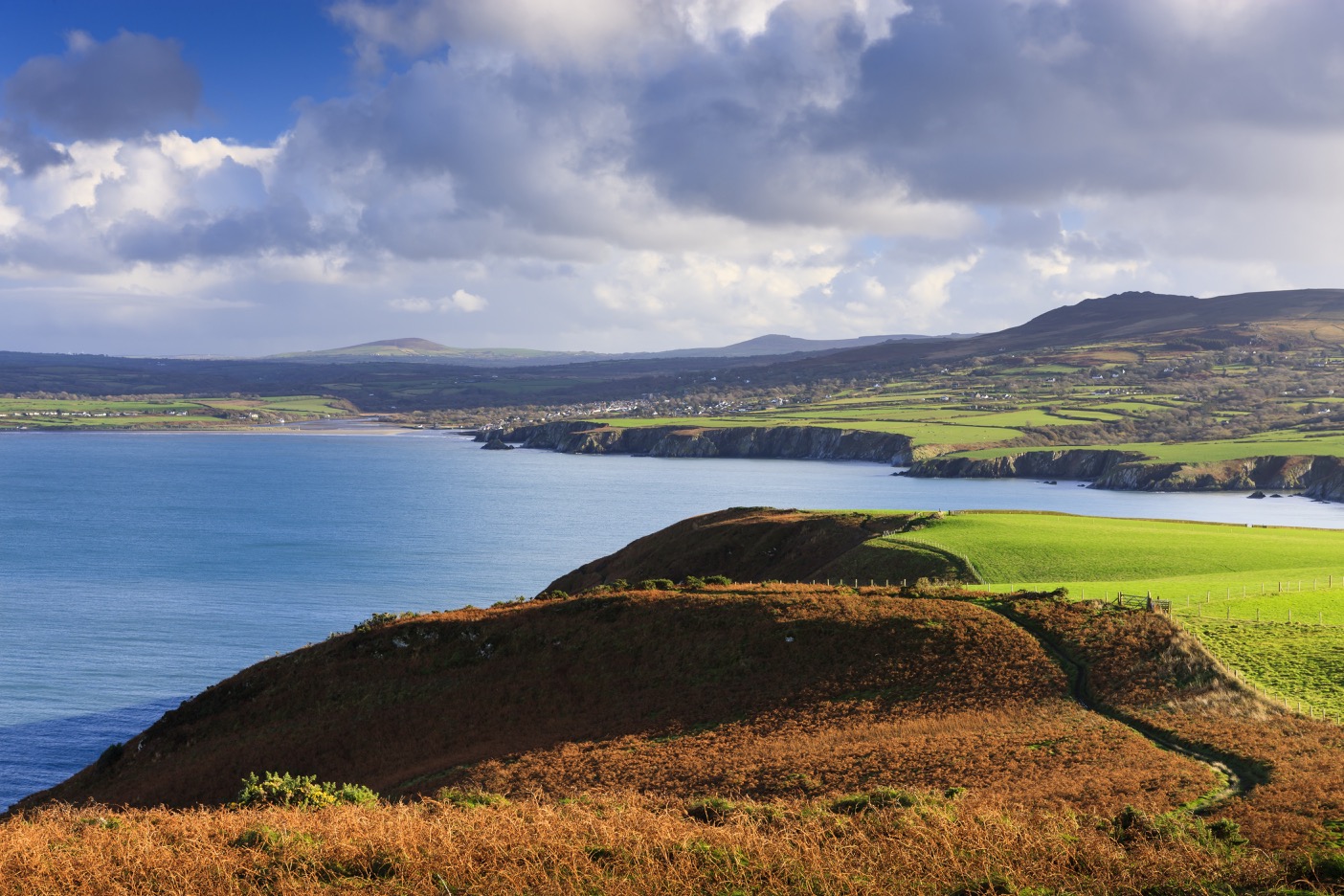 Today the Milford Haven waterway, whose natural harbour once so impressed Nelson, is still an industrial hub. Despite recent closures, one oil refinery remains. There are now two liquid natural gas installations where gas is imported, re-gassified and supplied to the grid. A gas-fired power station has been built replacing the oil-fired station that has been demolished.

But these developments have little impact on the majority of the Trail, where the biggest industry to be seen is tourism.

It is in these quieter, remote and wild places peopled largely by birds and visited occasionally by grey seals, that the spell of old Pembrokeshire, the ancient ‘Land of Mystery and Enchantment’ (Gwlad Hud a Lledrith), remains.

Find out more about the Coast Path

Wildlife along the Path

Read more on Wildlife along the Path

History along the Path

Read more on History along the Path

Archaeology along the Path

Each section of the Pembrokeshire Coast Path has a story to tell, and archaeology can help to unravel some of these tales.

Read more on Archaeology along the Path