At the end of the 11th century, the Normans extended their conquest of England into Wales and Pembroke Castle became the centre of Norman rule in South Pembrokeshire.

Gerald de Windsor was constable of the Castle on behalf of Henry I when he decided to build his own fortification on the Carew River, some ten miles up the tidal waterway from Pembroke.

This was not the first settlement on the site, however. Excavation has revealed an Iron Age settlement. A substantial five-ditched promontory fort has been unearthed, together with large quantities of Roman pottery. A Dark Age settlement or fort may also have existed on the site.

Shaped by conquest and conflict

Gerald’s fortification was probably built of earth and wooden stakes. This fortification was later replaced by a stone Castle. Much of what remains of Carew Castle today was the work of Sir Nicholas de Carew (who died in 1311), who was responsible in particular for the east and west ranges.

In the late fifteenth century the Castle was greatly improved and extended by a very colourful character, Sir Rhys ap Thomas (1449-1525). He altered both the east and west ranges, and was responsible for many of the Bath stone windows and other features. Gaining the implicit trust of both Henry VII and Henry VIII, he was said ‘to rule this corner of Wales like a King’.

The final development took Carew from Medieval fortress to Elizabethan manor. Sir John Perrot (1530-1592) built the great northern range, with its huge windows overlooking the Millpond. However, he was not destined to enjoy his magnificent new home, for he died in the Tower of London before the work could be completed. 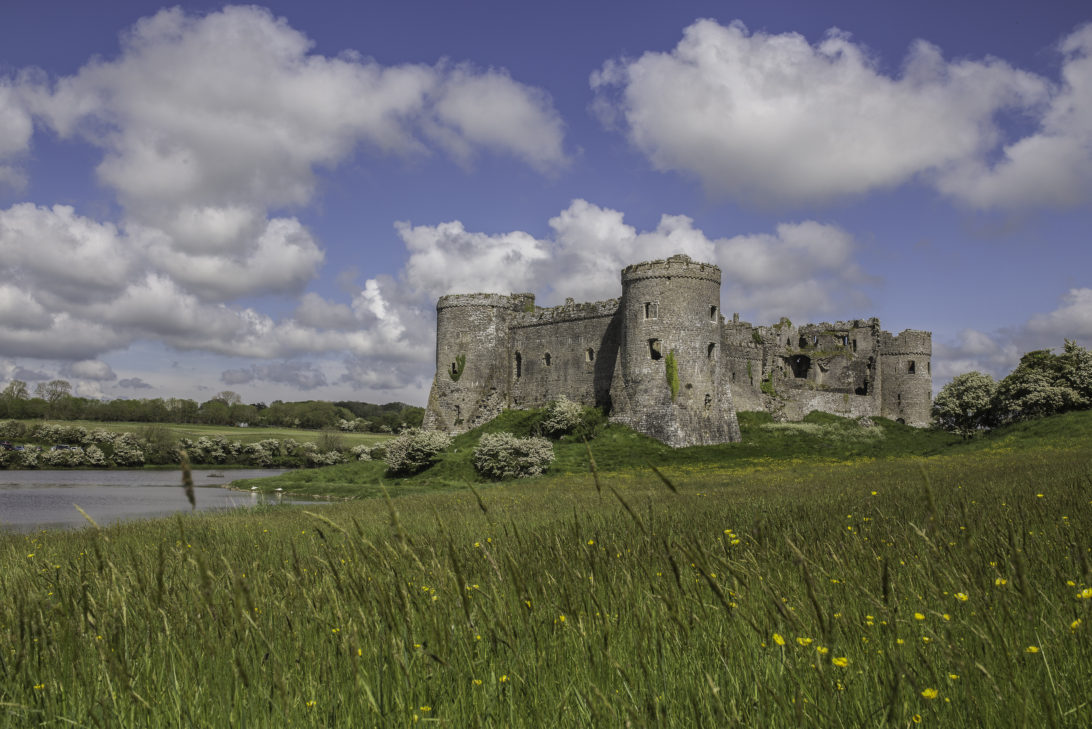 During the Civil War the Castle was owned by Sir George Carew who declared for the King, but it was garrisoned at different times by both royalists and parliamentarians, and indeed changed hands four times, on at least one occasion following a fierce assault. Buildings on the south side, including the kitchens, were slighted to prevent the enemy making further use of the site. Following the Civil War the Castle was occupied for some years, but eventually abandoned in 1686.

In 1983 the National Park Authority leased the Castle and surrounding area for 99 years. We began an extensive programme of restoration and management with the aims of conserving the buildings, improving their setting and increasing public access and enjoyment. The restoration programme was long-term, involving a team of masons and grant-aided by Cadw: Welsh Historic Monuments.

The Castle is now a designated Site of Special Scientific Interest (SSSI) due to its bat population and several locally or regionally rare species of plants described on our Wildlife page.

Major renovation works were completed at Carew Castle in 2013, including reinstatement of the Lesser Hall roof, a new visitor centre and shop, as well as car park enhancements.

Nest Tearoom was added to the Walled Garden in 2018 and in 2019 further redevelopment took place in this area.

The scheme was funded by Cadw’s Heritage Tourism Project, which was funded by the European Regional Development Fund through the Welsh Government. Funding was also invested by the Pembrokeshire Coast National Park Authority.

See our events page to find out how you can learn more about the Castle’s history with a guided tour or activity.