The Pembrokeshire Coast Path National Trail passes through farms and fields, climbs steps and stiles and follows high cliff paths and old, sunken trackways. Each section has a story to tell, and archaeology can help to unravel some of these tales. From the Path, ‘lumps and bumps’ in the ground surface are often seen – many of these are archaeological sites, revealing traces of people’s lives in the past.

The most obvious of these are the Iron Age forts which line the coastal fringe. These date back around 2,000 years, and were built by communities who wanted both to defend their territories and to display their wealth, power and status. The forts were made of earth and stone, formed into huge banks and ditches encircling natural promontories which jut out into the sea.

The massive earth banks may have been topped with timber barricades, and faced with stone – they would have been formidable places and clear landscape markers. Over the centuries, some of the earth banks have slumped into the ditches and have been taken over by grasses and wildflowers, giving the sites a gentler, more tranquil look.

Overall, the National Trail passes through nearly sixty of these Iron Age forts. Some of the most spectacular are Greenala, near Stackpole, and Porth y Rhaw, near Solva. Here the banks tower over the walker’s head, giving some impression of the scale of the forts when they were built.

In many other places the archaeological remains are more subtle. At St Brides and at West Angle, for example, coastal erosion is revealing burial grounds dating back to the Early Christian period, between around 400 and 1000AD. At Newport, the National Trail passes by the remains of an earthwork known as ‘The Old Castle’. This is probably 200 years older than Newport’s Medieval castle, but few walkers stop to look at it.

The physical remains of the past can be seen all along the National Trail, sometimes dating back into prehistory and sometimes only a few years old. Fighting, farming and building; industry, religion and daily life have all left their traces. 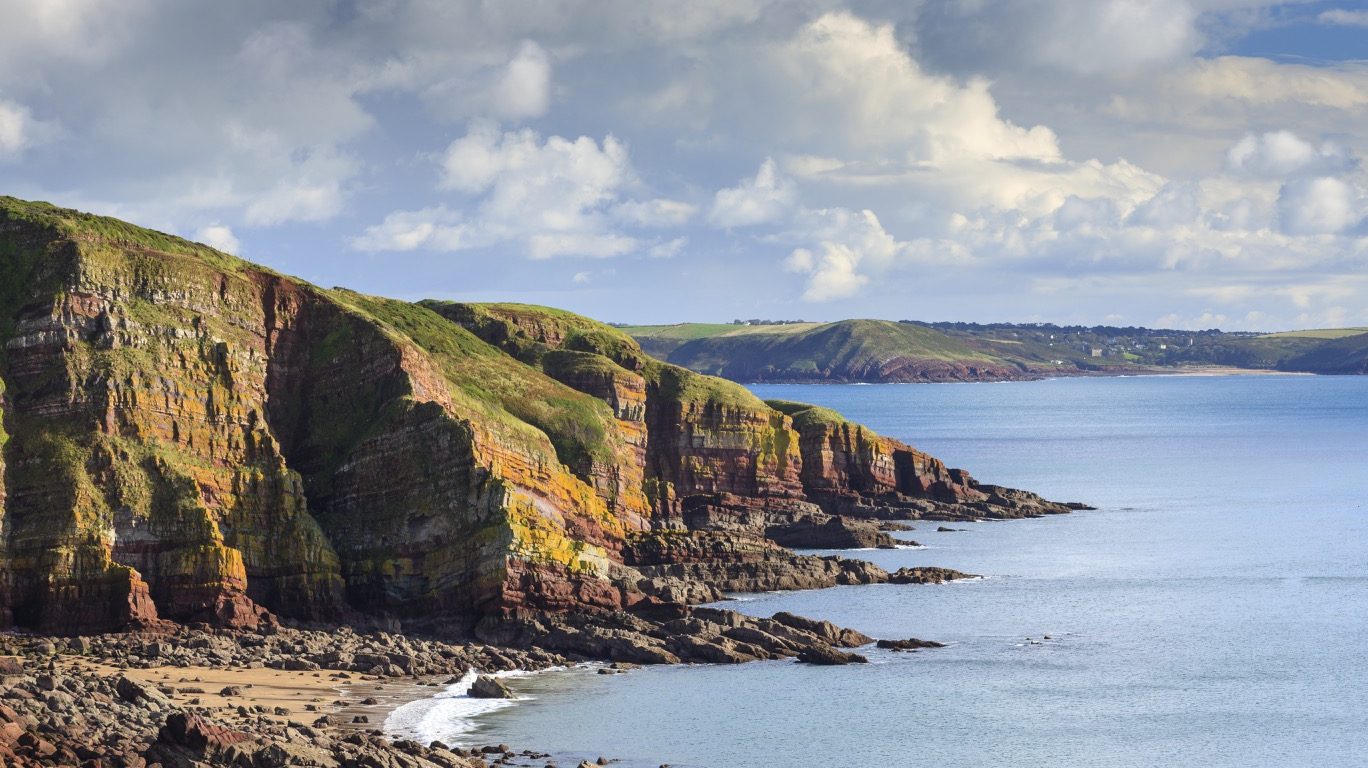