When you think about the Pembrokeshire Coast National Park you may conjure up images of beautiful beaches, panoramic views from the Coast Path and quaint fishing villages complete with cosy local pubs. You won’t necessarily be thinking about what the cliffs are made of or what’s beneath your feet. However, believe it or not, the very stones that make up the foundations of the Park are in fact one of the main reasons we were designated as a National Park in the first place.

The 186-mile Pembrokeshire Coast Path National Trail was established soon afterwards. The National Trust has also purchased many stretches of the coastline to protect it for future generations. This shows exactly how precious, and indeed vulnerable, our geological heritage is.

The diversity of rocks and the quality and extent of the exposure has attracted the attention of geologists for many centuries. This resource is considered so significant for research and education that around 40% of the coastline includes geological features that are protected by Sites of Special Scientific Interest (SSSI). Most of these SSSI also have biological features.

The Precambrian rocks are exclusively igneous, mostly volcanic ashes and fairly large intrusions of microgranite and diorite. They are exposed on the south western tip of the St David’s Peninsula and on the north and south facing cliffs of the innermost part of St Brides Bay.

The Cambrian rocks are mostly sedimentary, a basal conglomerate overlain mainly by sandstones but some mudstones occur in the middle part of the sequence. They are exposed along the southern and western sides of the St David’s Peninsula and in a less frequently visited section of coastline between Abercastle and Abermawr.

Apart from this, the northern coastline of Pembrokeshire, from Ramsey Island to just east of Fishguard, is composed entirely of Ordovician rocks, mainly slates and volcanic rocks but from Dinas Island to the Teifi Estuary the cliffs mostly display turbidite sequences (interbedded sandstones and mudstones). Silurian rocks, both volcanic and sedimentary, form Marloes Penisula and Skomer Island. 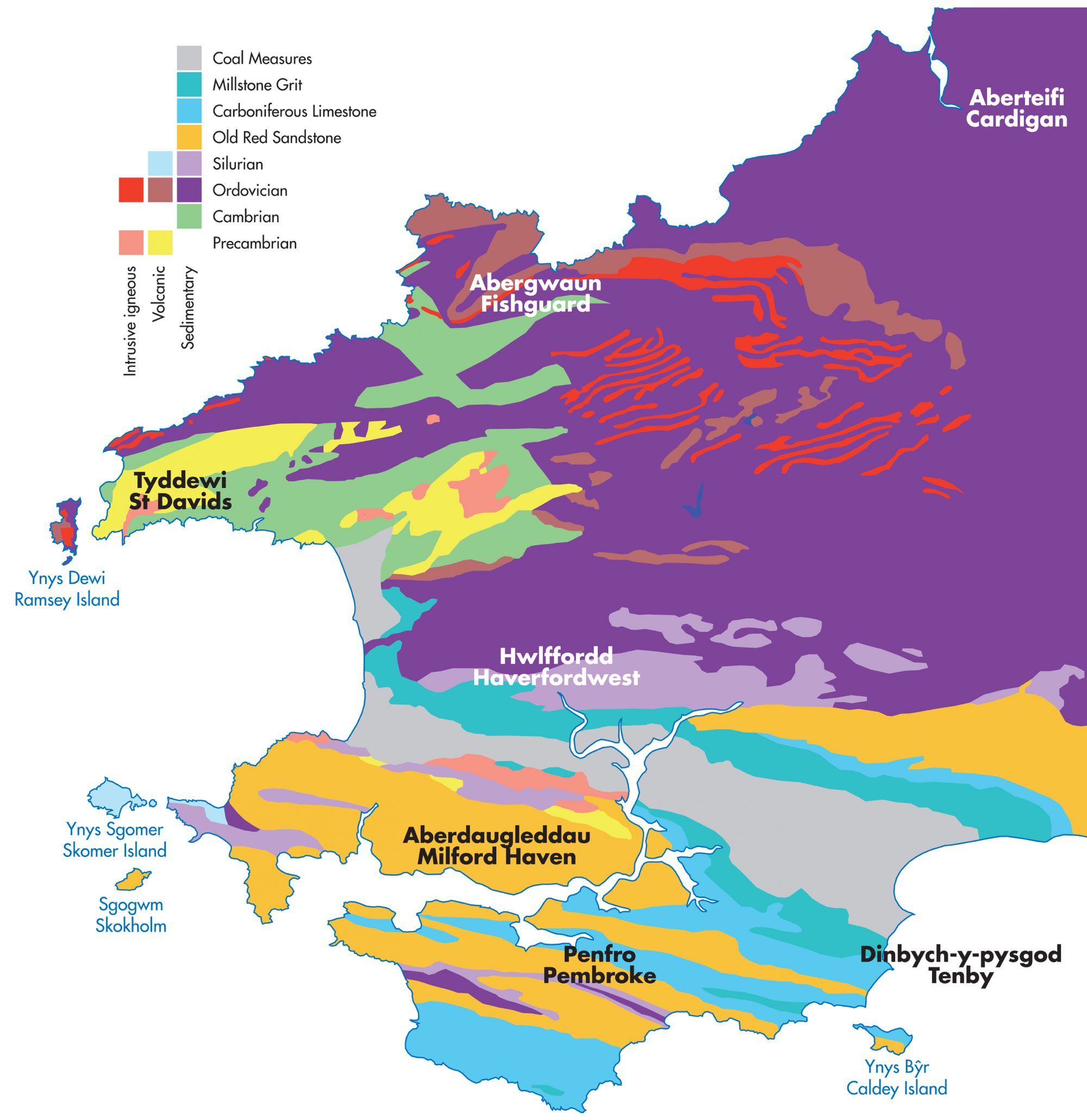 In South Pembrokeshire the outcrops of different rocks extend WNW-ESE and are repeated by the effects of folding and erosion as shown on the map. All these distinctive rock types are also present in other areas of South Wales and will be familiar to many people.

The Old Red Sandstone consists of bright red mudstones, siltstones and sandstones, together with some conglomerates and green sandstones. The Carboniferous Limestone is usually light grey on weathered surfaces, although often darker on fresh surfaces. Thickness of beds is variable and limestones may be interbedded with darker calcareous mudstones.

The Millstone Grit and Coal Measure sequences are similar in character, consisting of dark grey or black shales and light grey sandstones (the latter are often orange-brown on weathered surfaces). The Millstone Grit has a basal and upper gritty sandstone sequence, separated by rocks of more variable character. The Coal Measures include thin coal seams (locally referred to as veins) of anthracite grade. 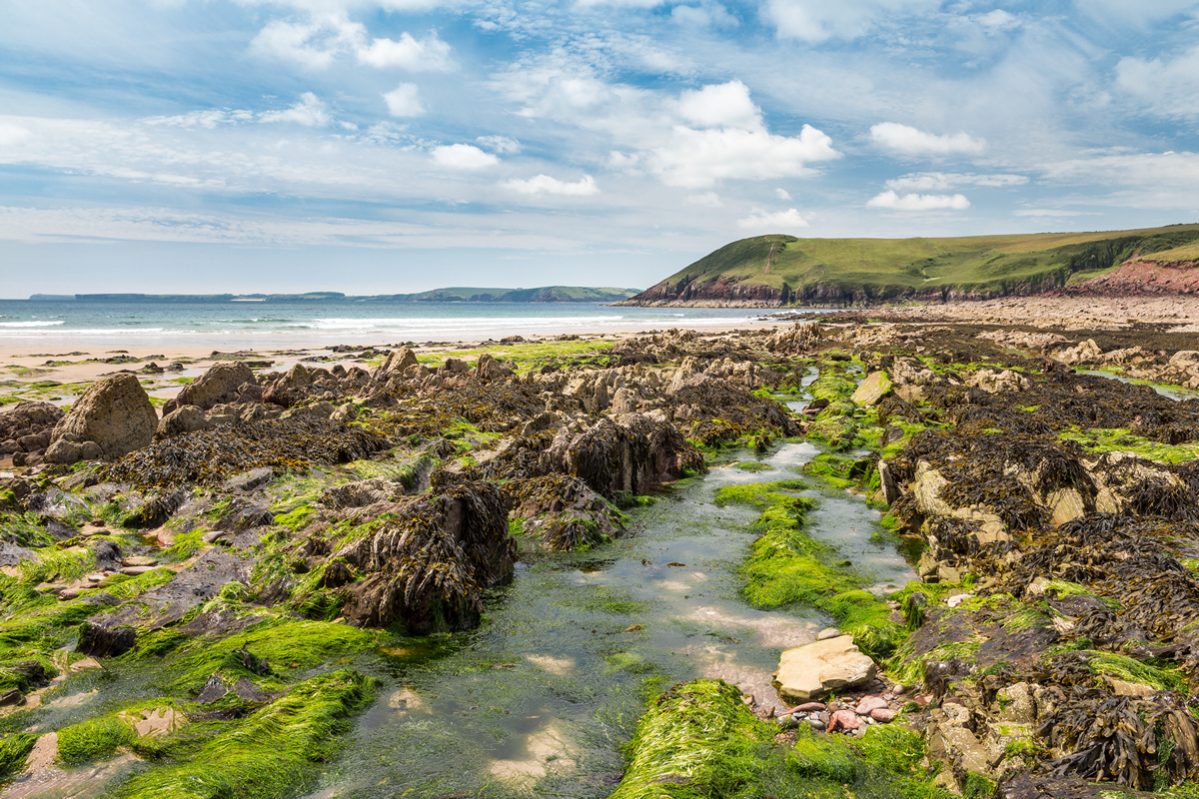 Landforms to lookout for

Small remnants of wave-cut platforms sometimes with cemented pebbles and shells, formed c.125,000 years ago when sea level was c.5 metres higher than at present, are found at many locations, notably Poppit Sands, Porth Clais, Marloes Sands, Freshwater West and Broad Haven. Sand dune systems are found at a number of locations.

Landforms include all the typical ones formed by coastal processes (including many text book examples), but remnants of older scenery may also be present, including partially drowned meltwater channels such as Solva Harbour, reworked karst features (eg. caves and blow-holes of the limestone cliffs), and valley slope remnants (represented by coastal slopes with modern sea cliffs below).

Evidence of landsliding and rockfall are very common and careful visual assessments of cliff stability should be made before commencing any climb.

More about the National Parks' geology 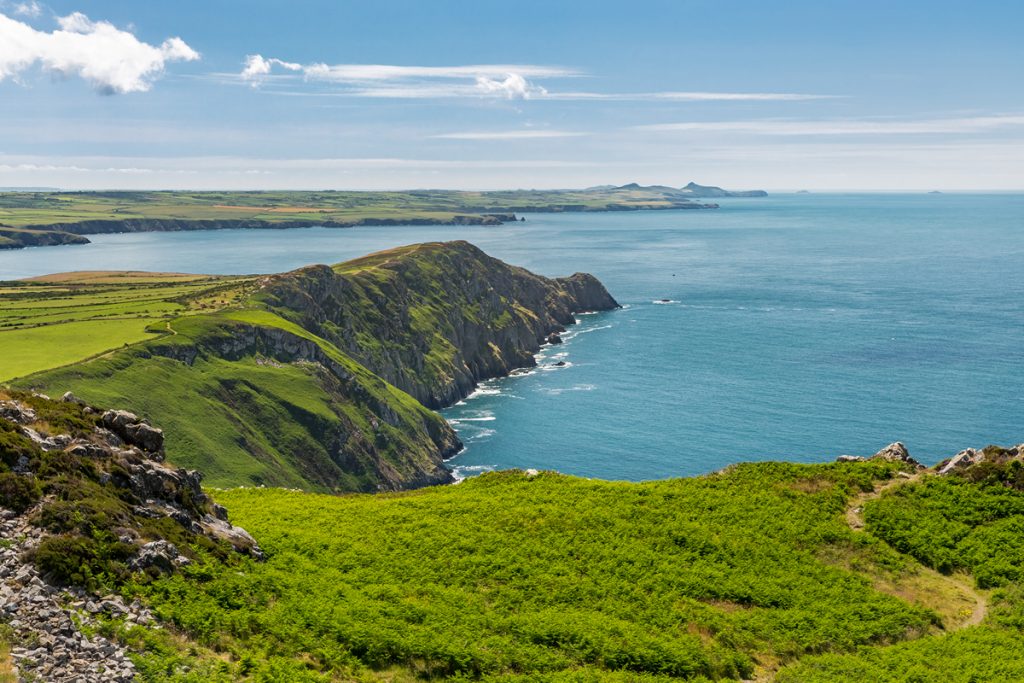 You will often hear it said that isolated craggy hills like Carn Llidi and Penbiri near Whitesands Bay or Garn Fawr on Strumble Peninsula are the erod... 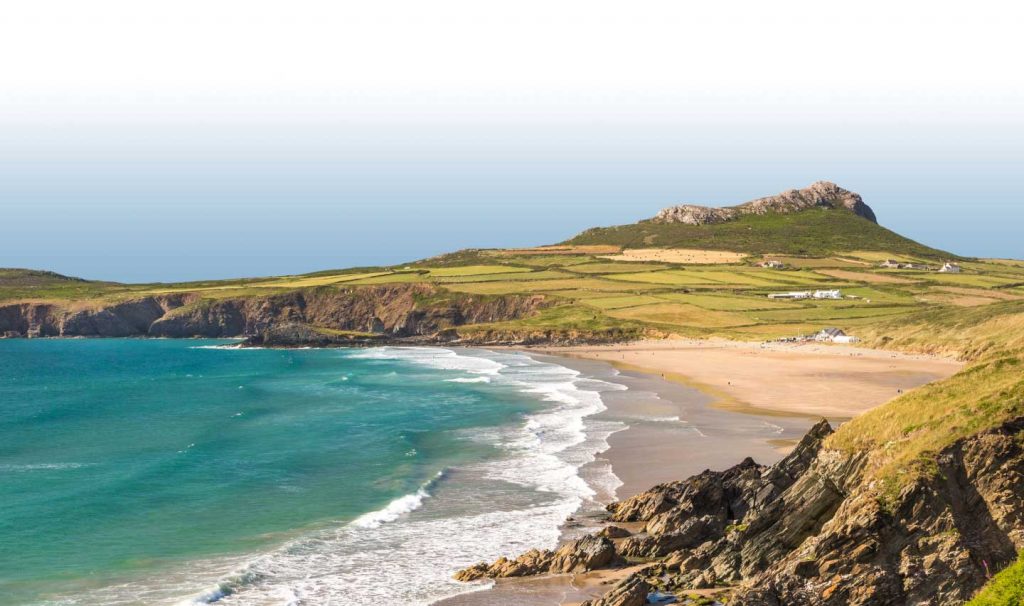 Pembrokeshire’s landscape is forever being photographed and painted, appreciated by the walker and artist alike. But what has created this landscape... 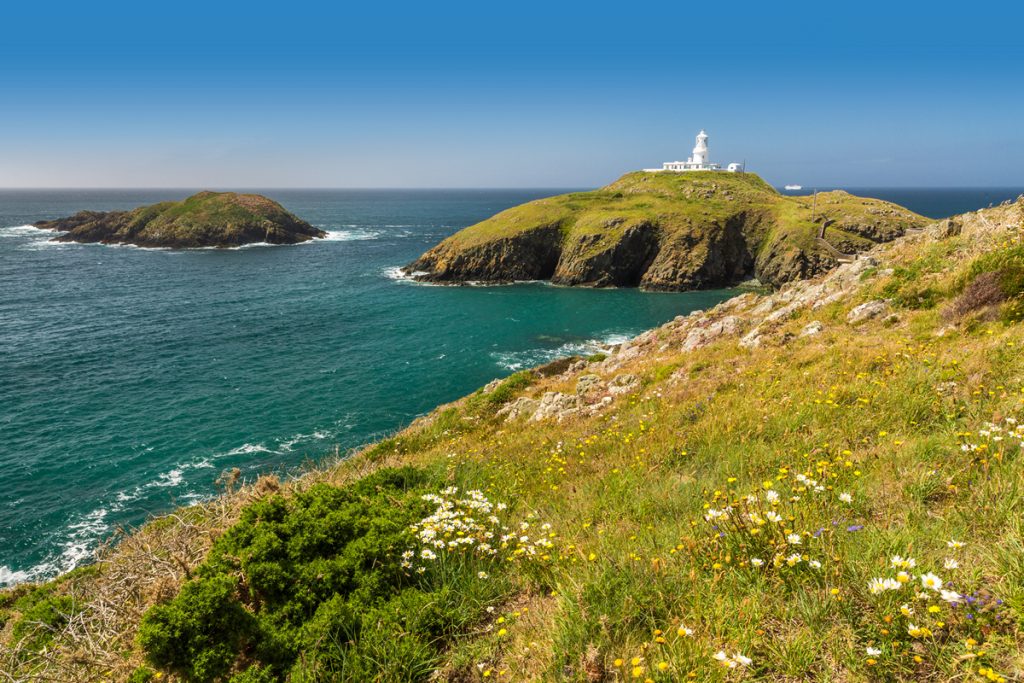 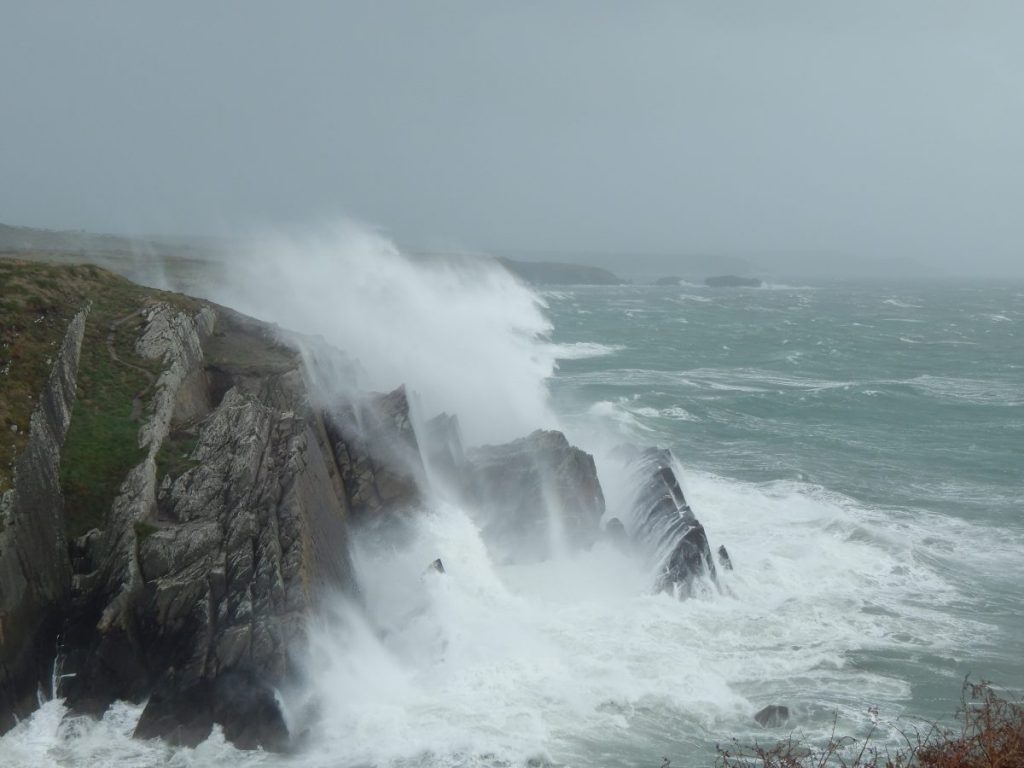