The landscape is ancient with nearly all the rocks underlying its land surface formed before the end of the Carboniferous period some 290 million years ago.

The oldest date back 600 million years and can be found on the Treginnis Peninsula, south west of St Davids. Rocks younger than 290 million years old have been lost, largely as a result of weathering and marine erosion.

Broadly, in geological terms, the county can be divided into north and south. The rocks in the north are of Precambrian and Lower Palaeozoic age.

Many are made from sea floor sediments, although there are also some igneous rocks.

They were all laid down before the Caledonian mountain building period, which ended about 400 million years ago.

As a result they show a south west to north east grain. The folds and faults seen in the rocks of the north, as at Ceibwr Bay, were created by this event. 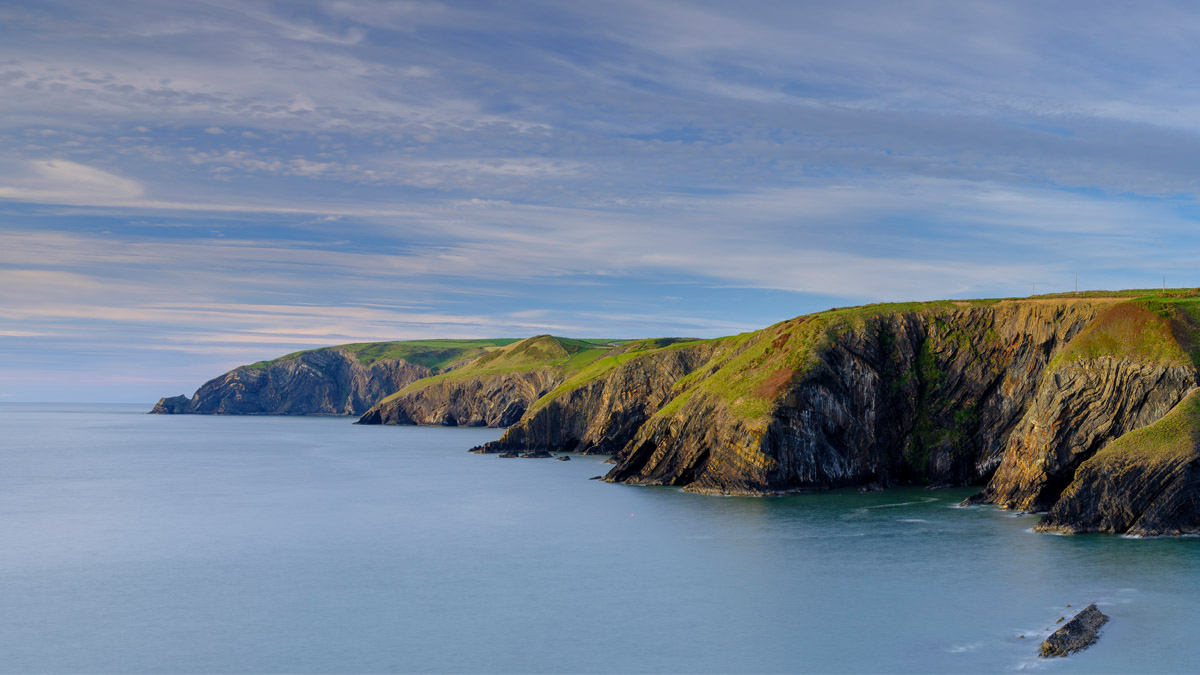 Rocks in South Pembrokeshire are younger with most belonging to the Upper ie later Palaeozoic Era.

The most common are Old Red Sandstone and Carboniferous Limestone formations, as well as coal measures of the South Pembrokeshire coalfield.

The majority are sedimentary but some igneous rocks can be found along the southern shore of St Bride’s Bay.

The folds and faults in the rocks of the south, like Cobbler’s Hole at St Ann’s Head, were created during a later period of mountain building called the Hercynian Orogeny.

Here the grain of structures is almost east west.

The diversity of the coastal landscape we see today is the result of geological processes and actions such as glaciation, river weathering and marine erosion on this wide variety of rock types.

Wildlife along the Path

Read more on Wildlife along the Path

History along the Path

Read more on History along the Path