A Sustainable Stitch in Time: winning battles against invasive plants

The latest phase of the Stitch in Time project has seen volunteers, contractors and landowners join forces in Pembrokeshire’s largest invasive species (INNS) control plan to date, covering an area of nearly 40 hectares in 2019 - the equivalent of around 75 football fields.

The Pembrokeshire Coast National Park Authority project, which aims to control Himalayan balsam and Japanese knotweed in key areas, is overseen by a steering group of partners including the National Trust, Natural Resources Wales, the West Wales Rivers trust, the Welsh Government and the West Wales Biodiversity Information Centre.

Introduced either deliberately or accidentally, INNS can dominate wetland and river bank habitats by outcompeting other plants for space and pollinators, causing major losses in biodiversity.

The latest phase of the project, titled Sustainable Stitch in Time, has been funded by the Welsh Government’s Enabling Natural Resources and Well-being grant with additional funding from the Pembrokeshire Coast National Park Trust along with Dŵr Cymru.

Stitch in Time Project Co-ordinator, Matthew Tebbutt said: “The additional funding has allowed us to monitor and maintain the successes already achieved in the Gwaun and Porthgain river catchments, as well as continuing our eradication efforts in the Clydach catchment and pushing out into new areas in the Castlemartin catchment in South Pembrokeshire.

“Our volunteers and community groups donated 440 hours to the project last year and that contribution was critical to the success of the 2019 control season. Many groups and volunteers repeatedly donate time on their ‘adopted’ areas, I can’t thank them enough, but we know it’s not just about getting the work done, our volunteers really enjoy it which I think is why they keep coming back.” 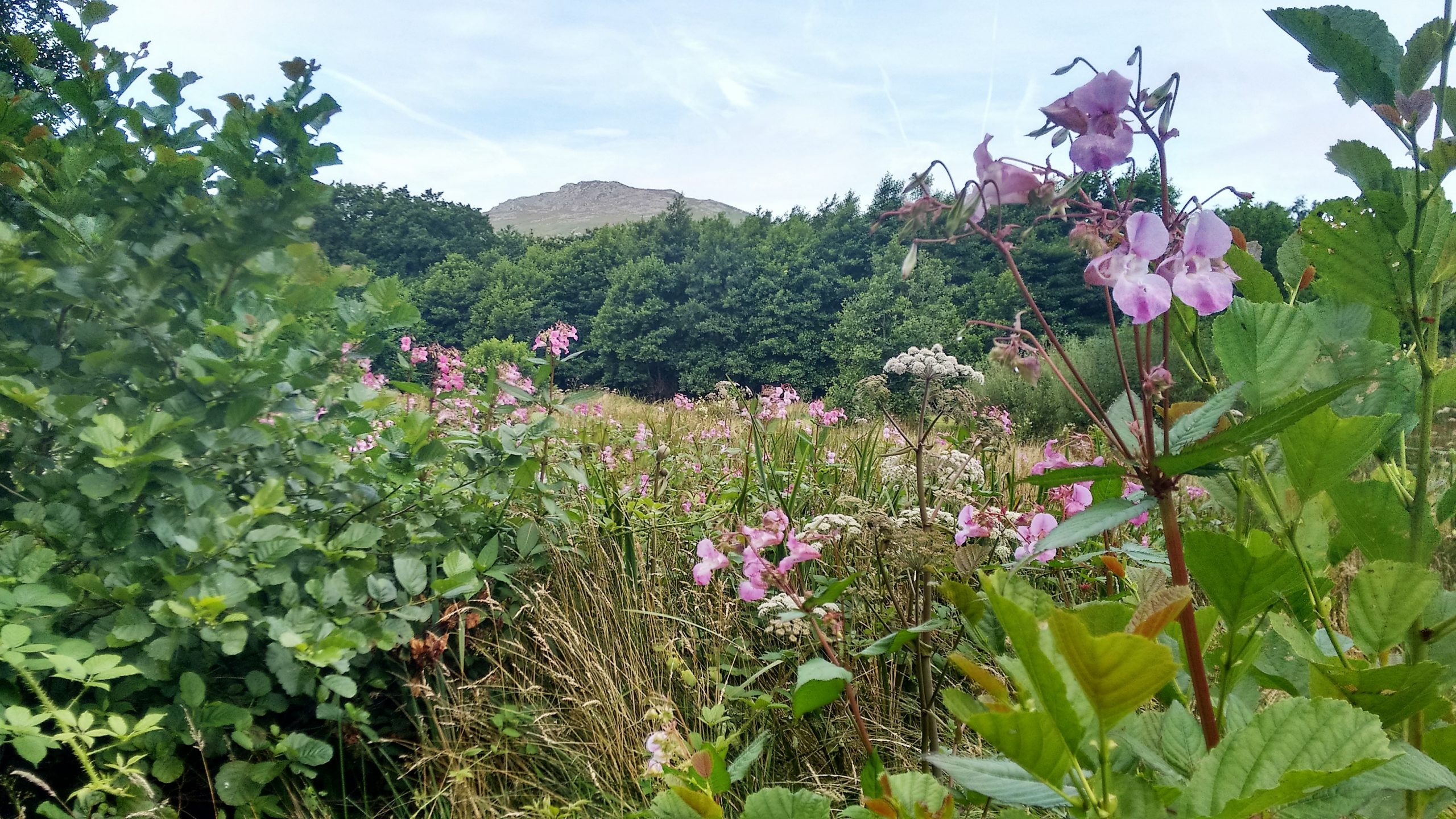 Volunteer Granville Watson added: “Going back to places and seeing the success is a real motivator for me. Knowing it is a big job, a big problem, but that we are getting it under control. I’ve learnt a lot about invasive species through working with the project and now I can impart some knowledge. I can talk to people who don’t know much about balsam and I can direct landowners to the right contacts”.

Community group member Jonathan Hughes said: “When I first moved to the area I joined Llais Llanychaer, a local group involved in the Stitch in Time project, as a way of becoming involved in my local community. I was able to make contact with like minded people, new friendships developed around common interests, new and different conversations to be had. It feels a bit like a snowball effect – becoming involved was just the beginning.”

Although the coronavirus restrictions have seen all volunteering activities suspended during what would have been a busy period for the project, contact with volunteers has continued with online training events in order to prepare them for a new approach that will protect the health and safety of all involved.

To safeguard the gains already made by the project, five local contractors have been able to continue to work with safe social distancing measures, allowing Stich in Time to support these local businesses during this difficult period.

Find out more about the Stitch in Time Project 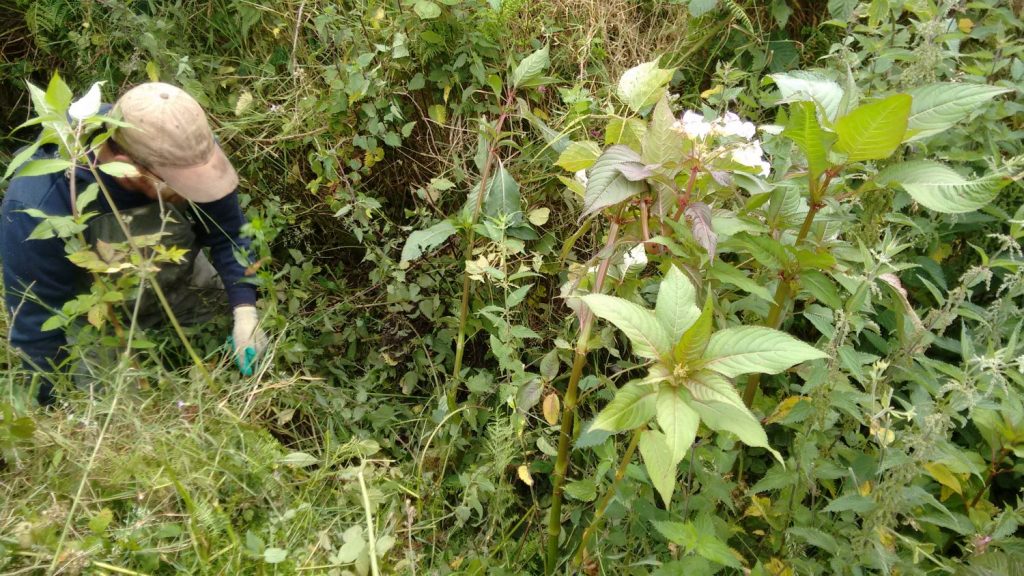 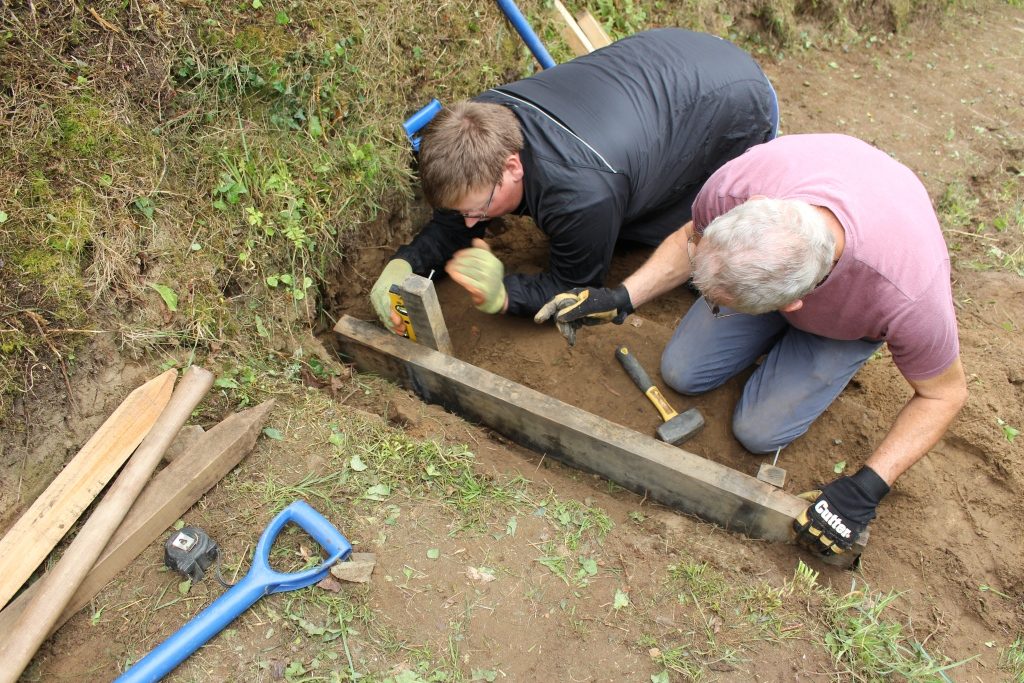 If you like to work with people and enjoy getting your hands dirty, these roles might be of interest to you.

Find out more about conservation in the National Park 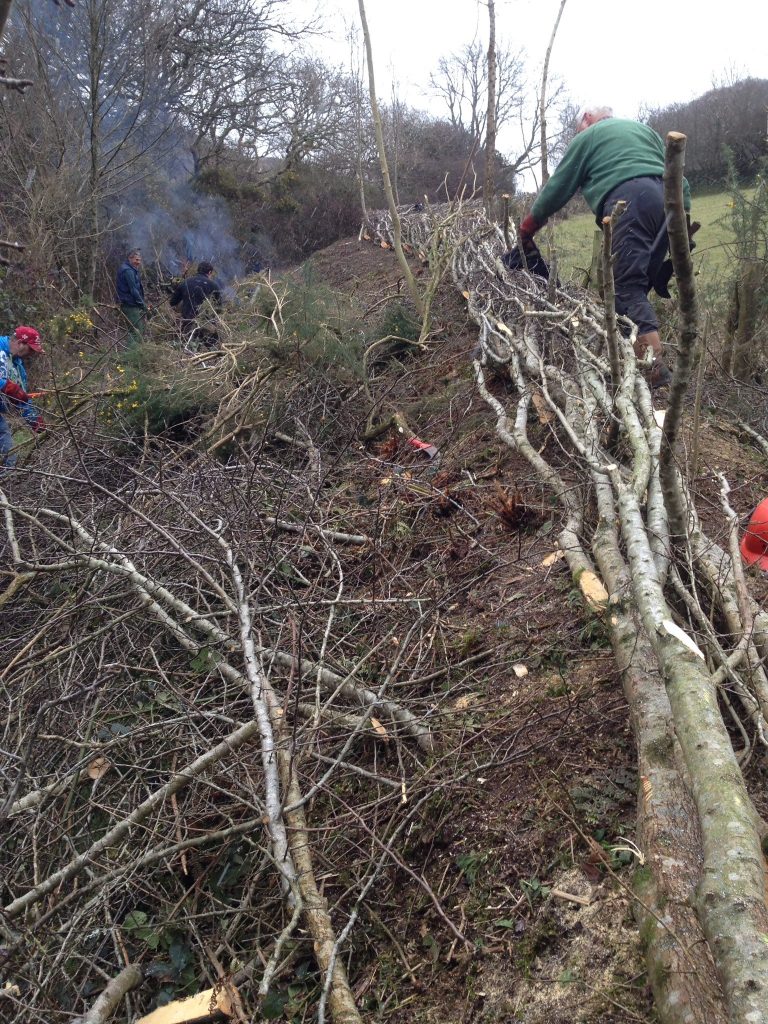