The north coast of Pembrokeshire takes quite a battering from storms every year. It is part of life on the exposed coast.

One storm in 1859 is sometimes credited with having piled up the shingle banks at Aber Mawr and its neighbour Aber Bach. In fact, the banks were formed more quietly – deposited as sea levels rose at the end of the Ice Age.

The storm left its mark. In all 100 ships were lost, and one, the Charles Holmes, went down with all hands just off Aber Bach.

At Abermawr look out for a small building that once put the little cove on the map. It was the terminus for the first Atlantic submarine telegraph cable, which was connected up in 1873.

As the clifftop route crosses the Penmorfa peninsula look out for the impressive 2,300 -year-old fort, Castell Coch.

Abercastle is also known as Cwm Badau, Bay of Boats. It is so quiet now that it is hard to believe that its inlet was once a busy port. Farm produce was exported from Abercastle to Bristol and Liverpool, while limestone and coal were imported. The limestone was burned in Abercastle’s lime kiln, one of many around the coast. The slaked lime that the kilns produced was used on Pembrokeshire farmland.

A slate bridge at the inlet was funded by the Friends of the Pembrokeshire National Park – there is an inscription carved into the top. 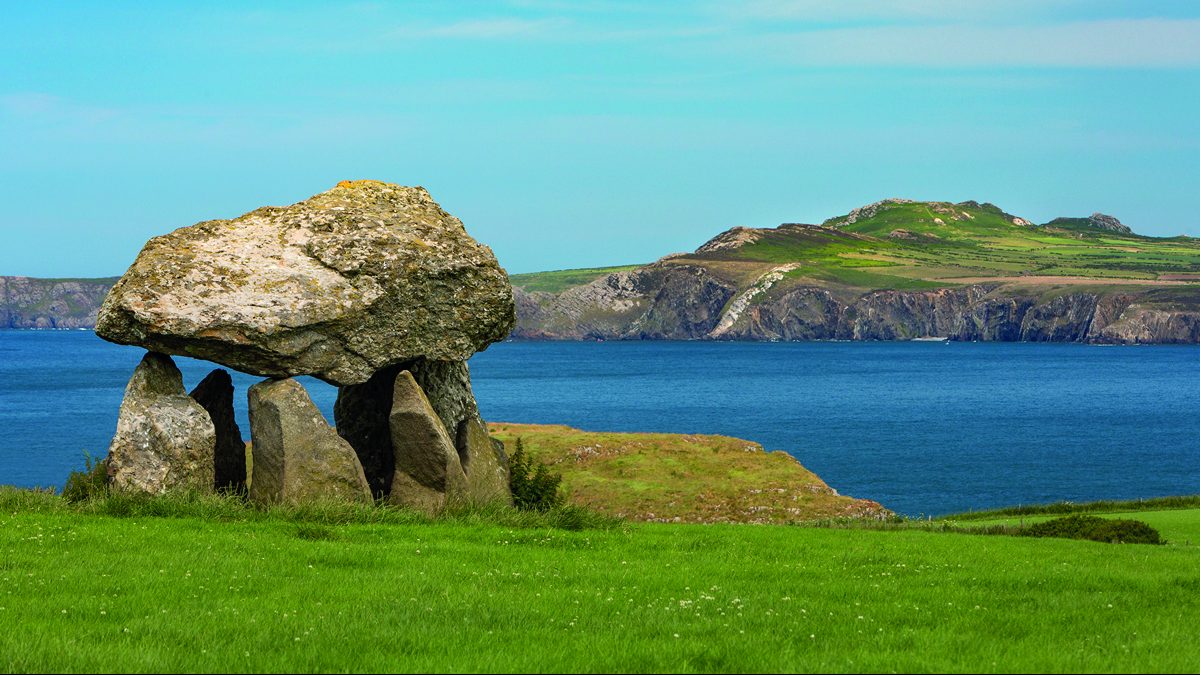 Close by is the cromlech Carreg Samson. Built as a Neolithic burial chamber, it was once buried under a mound of earth. Now, the hefty stones that formed the inner chamber do a balancing act, with the big capstone perched on supporting pillars.

Local legend is that the cromlech was built by Samson, who lost a finger putting the capstone in place. The finger is said to be buried at the top of Ynys-y-Castell, an islet at the entrance to Abercastle cove.