The Angle peninsula is wild and windswept, the Old Red Sandstone twisted and worn into smooth whale-backed clumps by gales.

West Angle beach marks the beginning of the Haven waterway and so takes the brunt of the weather. There are good rock pools here and the bay is home to the rare cushion starfish.

On the other side of the peninsula, Angle Bay itself is a mud and sand wilderness when the tide is out providing a breeding ground for invertebrates and rich pickings for waders, divers and wildfowl.

Birds like dunlin, grey plover and redshank are common with oystercatchers and curlews in the moulting season. Kilpaison Marsh nearby, has Cetti’s warbler in the reed beds and scrub.

On the headland the remains of an ancient, Medieval strip field pattern are visible. The Chapel Bay Fort and Thorne Island are Victorian defences protecting the waterway, and there are great views over the Haven here. But be careful – the fort is hidden by trees and scrub and there are some deep ditches.

Occasional outcrops of limestone in the cliffs were quarried and processed in the lime kiln overlooking West Angle Bay.

Libby Taylor, National Park Ranger Manager has done this walk. She says: “Spectacular views of the Milford Haven waterway and the picturesque, historic village of Angle.”

Text provided by the BBC 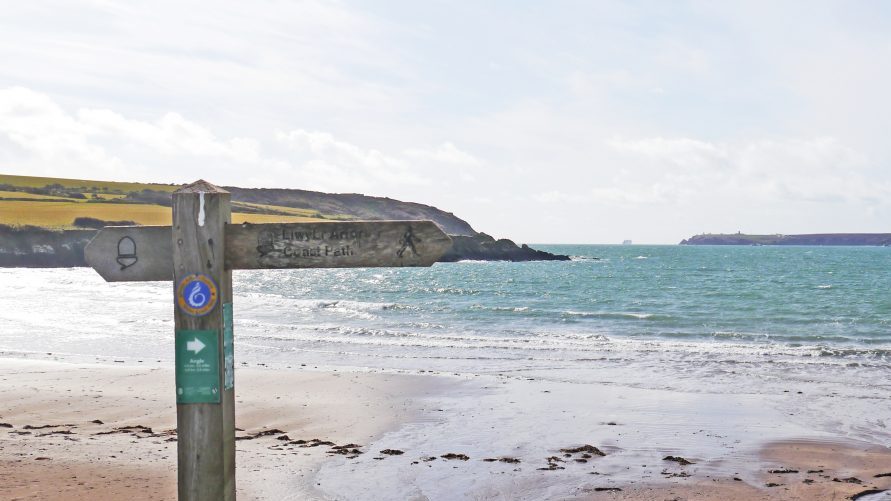 More on walking in the National Park