Turn right on to road, ignore the first fingerpost on the left  and turn left at the next fingerpost and follow obvious path down. Don’t follow wall of adjacent field on right, but take the obvious grassy path between heather and gorse bushes, always roughly in the direction of Dinas Island in the distance.

There are two apparent forks in the path – in both cases take the left-hand path. Turn left on to surface track and follow it past buildings, then pass cattle grid, using slab bridge and iron stile to left, and follow track uphill.

Pass cattle grid, using field gate to right, and before the third cattle grid, turn left up path, through gate and straight on along stony path, which soon turns grassy.

Keep more or less straight ahead (don’t turn towards stone wall on right) and follow broad grassy path, past rocky outcrops, back to road. As this is access land, feel free to explore rocky outcrops.  At road, turn right back to the car park. 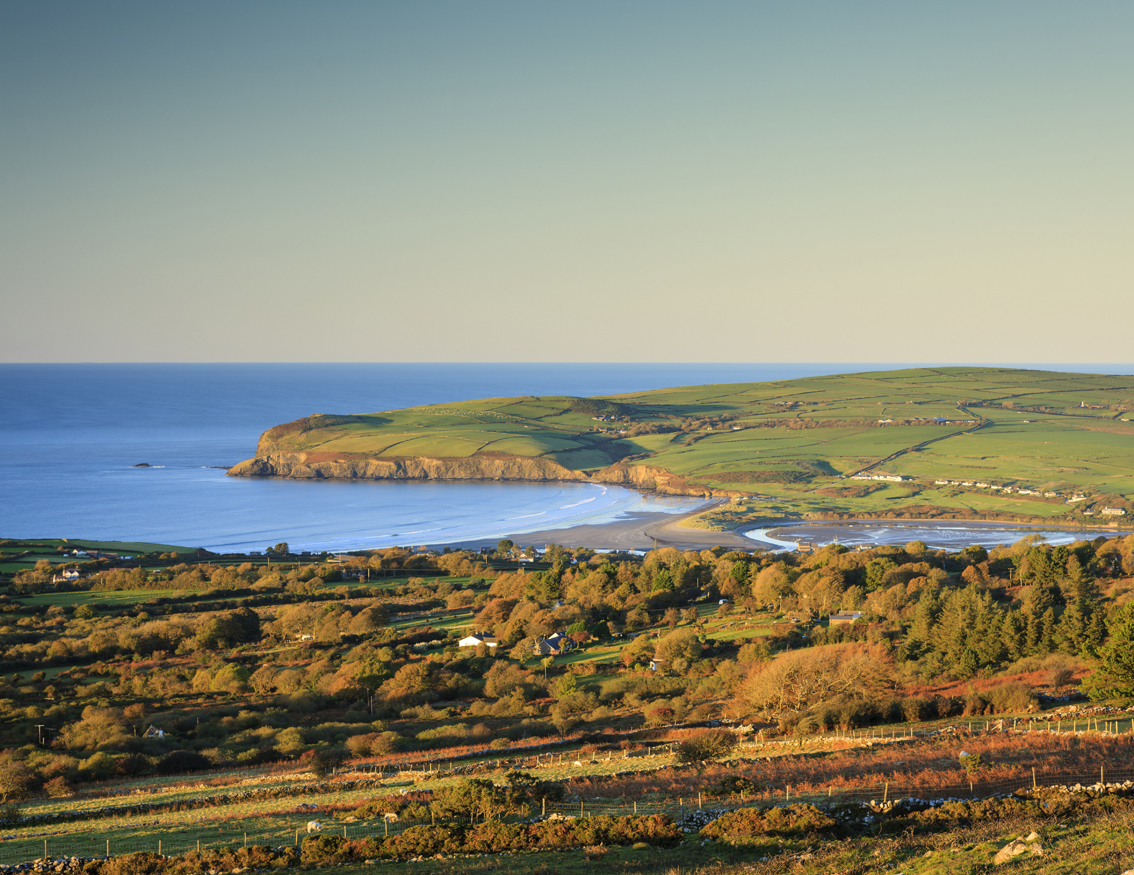 Turn right on to road and turn left on to bridleway at fingerpost. Follow broad path and at fork bear right (blue arrow on stone), ignoring narrower paths to rock outcrops (although, as this is access land, feel free to explore rocky outcrops).

When stone wall starts at a distance on the left, keep an eye out for a stone on the left with a yellow arrow. Turn left here towards tumbled down wall, following waymark on stone ahead, and on reaching wall turn left.

When path becomes less obvious, aim for stile ahead. Cross stile and go straight ahead – the path bears slightly to left, eventually reaching wall on left at corner of adjacent field. Turn left at fingerpost and follow path through gates, then along field edge, keeping wall on left, back to car park.

Discover the legend of Bedd Morris on