The branching pattern of the Daugleddau and its tributaries are a classic ria, a series of river valleys formed before the last Ice Age and then “drowned” when sea levels rose.

The route offers good views of two Daugleddau creeks, the tidal Carew and Cresswell rivers. Today, the waterway is quiet and its mudflats and salt marsh are a perfect habitat for wading birds and wildfowl.

Oystercatchers and redshank feed when the tide is out, while you will often see herons motionless at the water’s edge waiting for the moment to strike at prey.

In the past, however, Daugleddau was a centre of industry, with coal and quarried stone being loaded from small quays around the network of waterways. Coal dug at pits at the villages of Reynalton, Loveston and Yerbeston was loaded at Cresswell Quay. 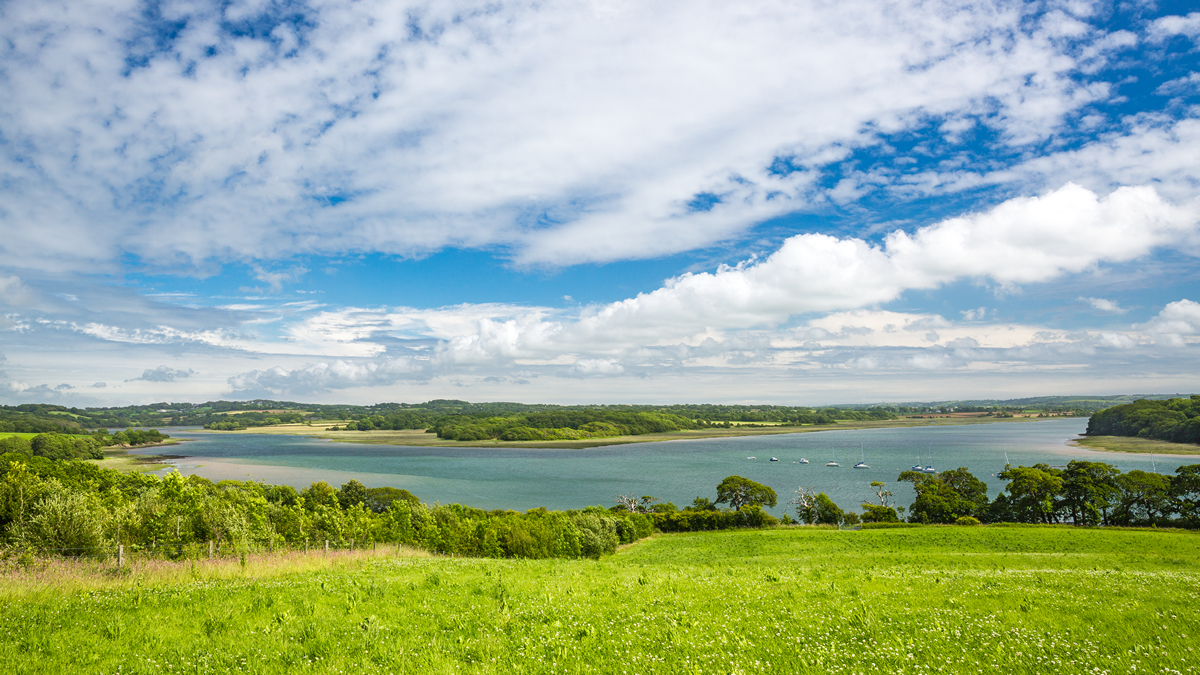 At Carew the tidal rise and fall was put to work to grind grain at French Mill, which stands alongside its nine hectare (23 acre) millpond.

There is evidence that there was a mill at Carew as early as 1542, but the present building probably dates from the early 19th century. Its name is thought to relate to the French rock used to make its millstones.

The Normans first took control of South Pembrokeshire at the end of the 11th century, making Pembroke Castle their headquarters. However, the constable of Pembroke Castle, Gerald de Windsor, chose to build a castle of his own at Carew.

The first castle was probably wooden. It was later replaced by a stone structure that was added to over the centuries with the final development in the 16th century. Then, the Elizabethan builders rebuilt the northern side of the castle, adding the grand windows that overlook the millpond.

Tim Jones, South Sector Ranger for Pembrokeshire Coast National Park Authority, says: “Carew and the countryside around it is good for birdwatching. One of the most interesting birds that you can see if you’re walking in the evening or early morning is the barn owl, which nests in the area.”