The Marloes peninsula, like all those around the Pembrokeshire coast, is composed of harder rocks than the bays which they frame. The islands off the coast are made of these harder rocks as well, and so have resisted the weathering effects of wind and waves.

The Deer Park on the headland at the end of the Marloes peninsula has actually never been home to deer – a walled enclosure was built for them in the eighteenth century, but they were never introduced.

Today the Deer Park is grazed by a herd of Welsh mountain ponies that have helped to check the spread of invasive plants like bramble, gorse and bracken which would otherwise cover the cliff-tops, stifling the diversity of plant and insect life. Chough need the short-clipped insect rich grassland and coastal heath thus created in order to feed.

The views over to Skomer are magnificent (the sea around the island is a Marine Nature Reserve) and from Wooltack Point you can see virtually all of St Brides Bay, the St David’s peninsula and Ramsey Island.

Both Skomer, to the west, and Skokholm, to the south are National Nature Reserves internationally renowned for their sea-bird colonies: petrels, gulls, manx shearwaters (probably the worlds most dense population), puffins, razorbills and guillemots.

Peregrine, curlew, lapwing, short-eared owl and chough also breed here and seals pup on the beaches and rocks on the island and on the mainland. 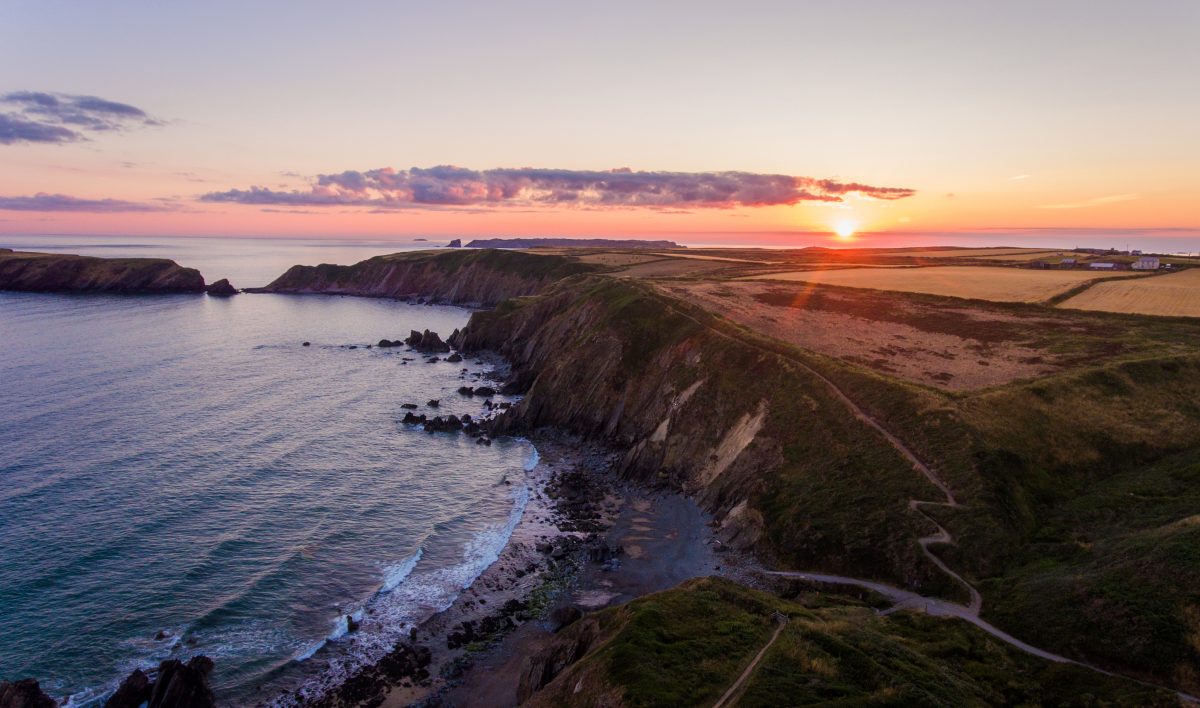 The white, gannet guano covered edifice of Grassholm can be made out further to the west. Jack Sound which separates Skomer from the mainland is a well-known feeding ground for gannets and porpoises when running tides force fish to the surface.

There’s a fine Iron Age fort on the Gateholm promontory in Watery Bay, with three banks and ditches to the accessible side. There are many hut circles where flints and pottery have been found in this area.

Haydyn Garlick, West Sector Ranger for Pembrokeshire Coast National Park Authority has done this walk. He says: “Great for sea birds – you can see nesting choughs, rafts of shearwaters, buzzards, ravens, peregrines and other coastal birds. In late August and early September, grey seals can be spotted with their pups.

“For those people who are unable to visit any of the islands, a walk out to the Deer Park can offer a feeling of being on the islands, given its extreme westerly location; its also a fantastic position for photographers to capture the setting sun. The walk is very popular at all times of the year, especially with the Rangers working in the west, offering at times an exposed, yet wonderful, walking experience.”