A fascinating walk along an island – that isn’t an island…

Dinas Island isn’t an island at all but a promontory partially detached from the mainland. It was formed by the same Ice Age melt-water that formed the Gwaun Valley further down the coast.

Dinas is famous on the West Wales coast for its birds, with ravens, chough and herring, greater and lesser black backed gulls to be seen in the winter. In summer razorbills, guillemots, fulmars and shag breed on the cliffs (a good spot to watch overlooks Needle Rock).

Away from the cliffs there are stonechats and warblers. There are terrific views out to Newport Sands to the north and inland to the Preseli Hills. 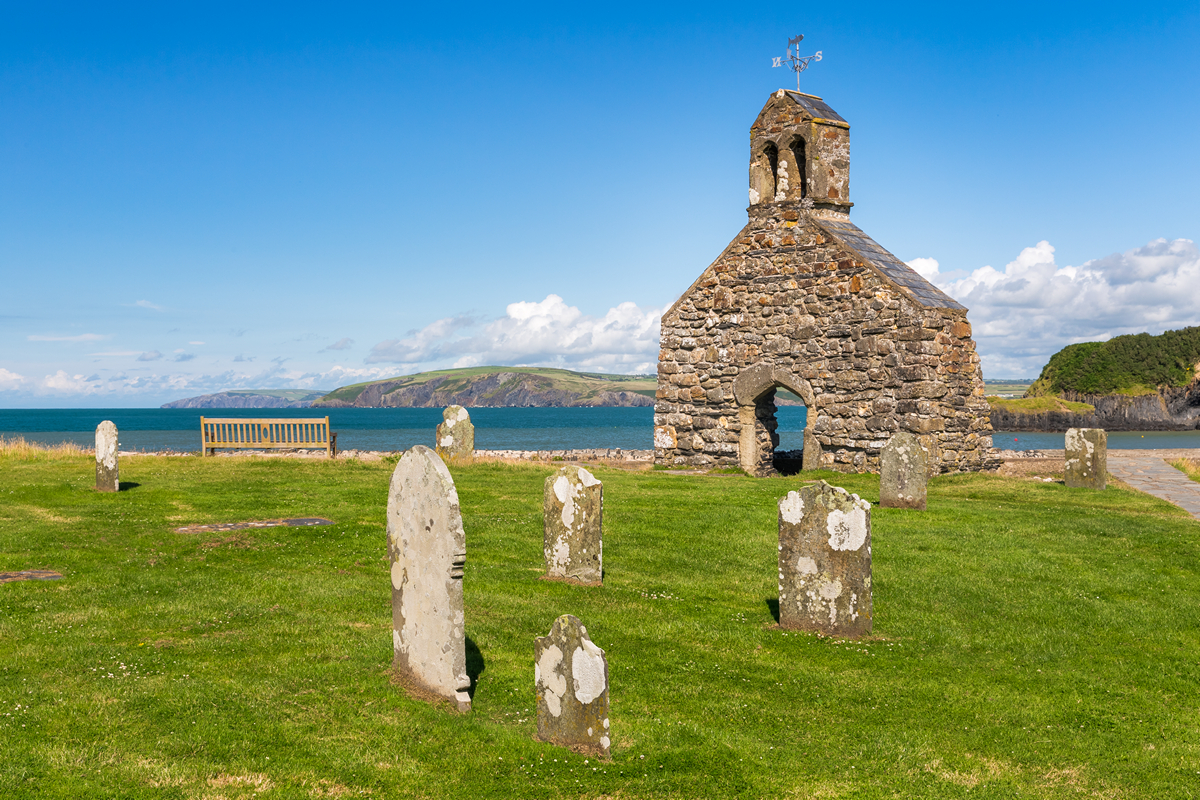 There’s typical plant cover on the windswept cliff with gorse, bracken and bramble, scrubby trees of hawthorn, blackthorn and hazel, and small oak and ash where there is shelter from the wind.

Witness the power of the Pembrokeshire weather at Cwm-yr-Eglwys the church there was destroyed in the great storm of 1859.