The writer and broadcaster Wynford Vaughan-Thomas said the scattered rocky outcrops of the Preselis moorlands ‘rival the tors of Dartmoor in their impressive shapes’.

He wrote: “Everywhere you feel the presence of the megalithic tomb-builders, of the Iron Age warriors who piled the stones for the great hillforts and of kindly and absent-minded old Celtic saints.” At Foeldrygarn it is easy to share the ‘presence’ he describes.

Carnalw is topped with a small Iron Age fort, dating from some time during the last millennium before the Romans arrived in the First Century AD.

Foeldrygarn itself is also ringed by the banks of a hillfort. But its most striking features are the three huge piles of stones – cairns – that give the summit its name, which translates as ‘three cairns hill’.

The three cairns, at 360m (1,190ft) above sea level, command incredible views. The many stones that form the landmark were collected and piled on the hilltop by the Bronze Age inhabitants of the north of Pembrokeshire, between 4,000 and 3,000 years ago.

The burials were probably constructed as memorials, ever-present reminders to the people living on lower slopes of important forebears.

The jagged forms of the outcrops result from the effect on rock of long periods of freeze and thaw. 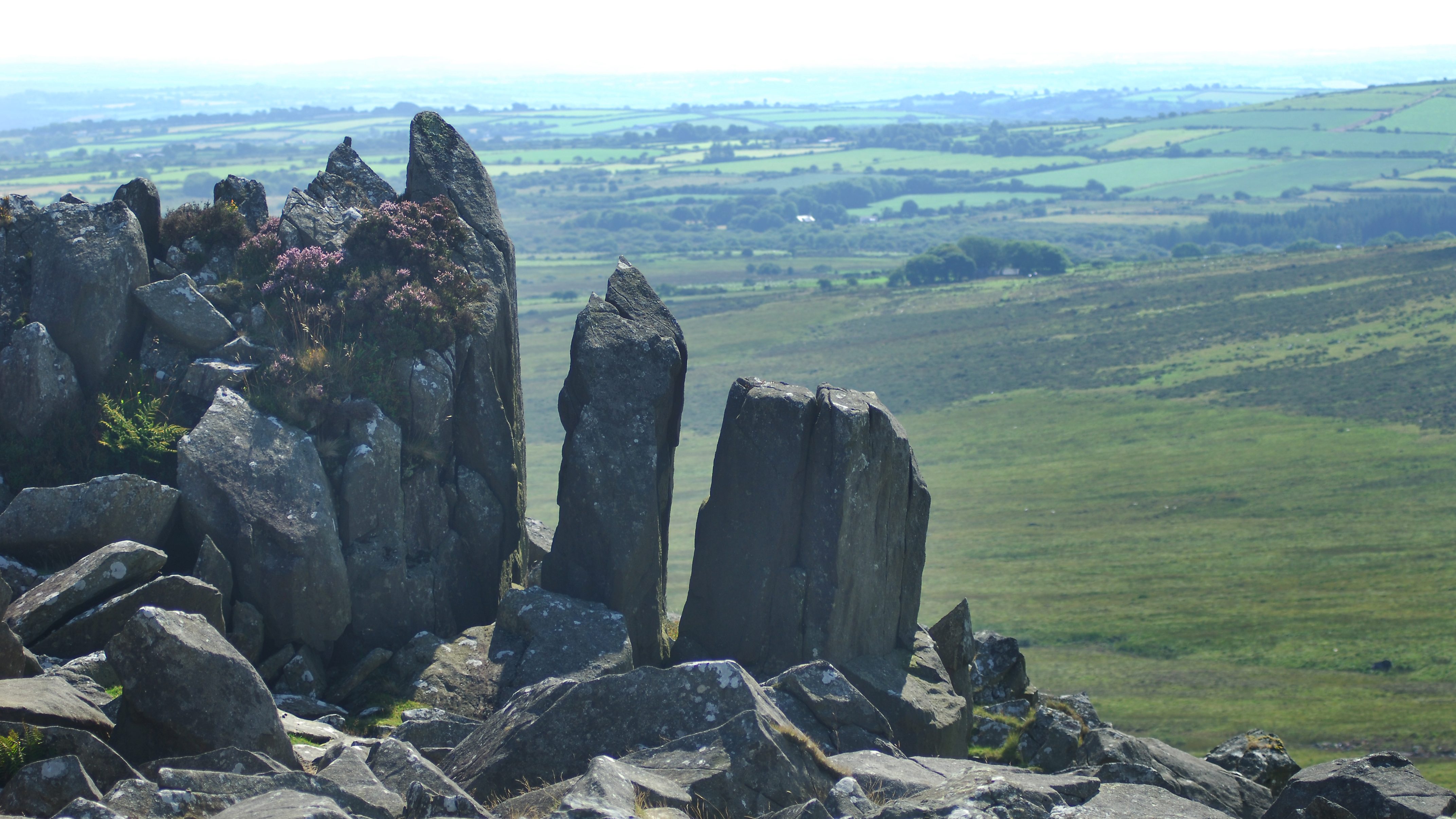 Carn Menyn, just off the route, is a perfect example of the long, slow process, as is Carnalw.

But Carn Menyn’s greatest claim to fame is that its dolerite rock is the famous bluestone that was used to build the inner ring of Stonehenge, 280 km (175 miles) to the east of the Preselis.

More than 60 large bluestones were used in the construction – how they arrived at Stonehenge is hotly debated.

The open moorland is rich in wildlife and there is a good chance that you will spot buzzards and ravens. If you are very lucky you may see a merlin, a tough, fast-flying little falcon that is Britain’s smallest bird of prey.