The footpath starts from the small parking area on the eastern edge of the village to lead to the cliff top viewpoint.

There is free parking but capacity is limited to a maximum eight vehicles. The car park has a hard surface.

From the car park to the viewpoint the distance is 157 metres. The footpath has a concrete surface with a minimum width of 1.2metres.

There are several passing places and there are long gentle gradients with landings.

All gradients have been improved in accordance with national guidance and best practice and are no steeper than 1:12.

At the viewpoint there is an interpretation panel, bench and wheelchair accessible picnic table overlooking the bay.

Major path improvements, funded by the Welsh Government, were undertaken by the National Park Authority in April 2015. 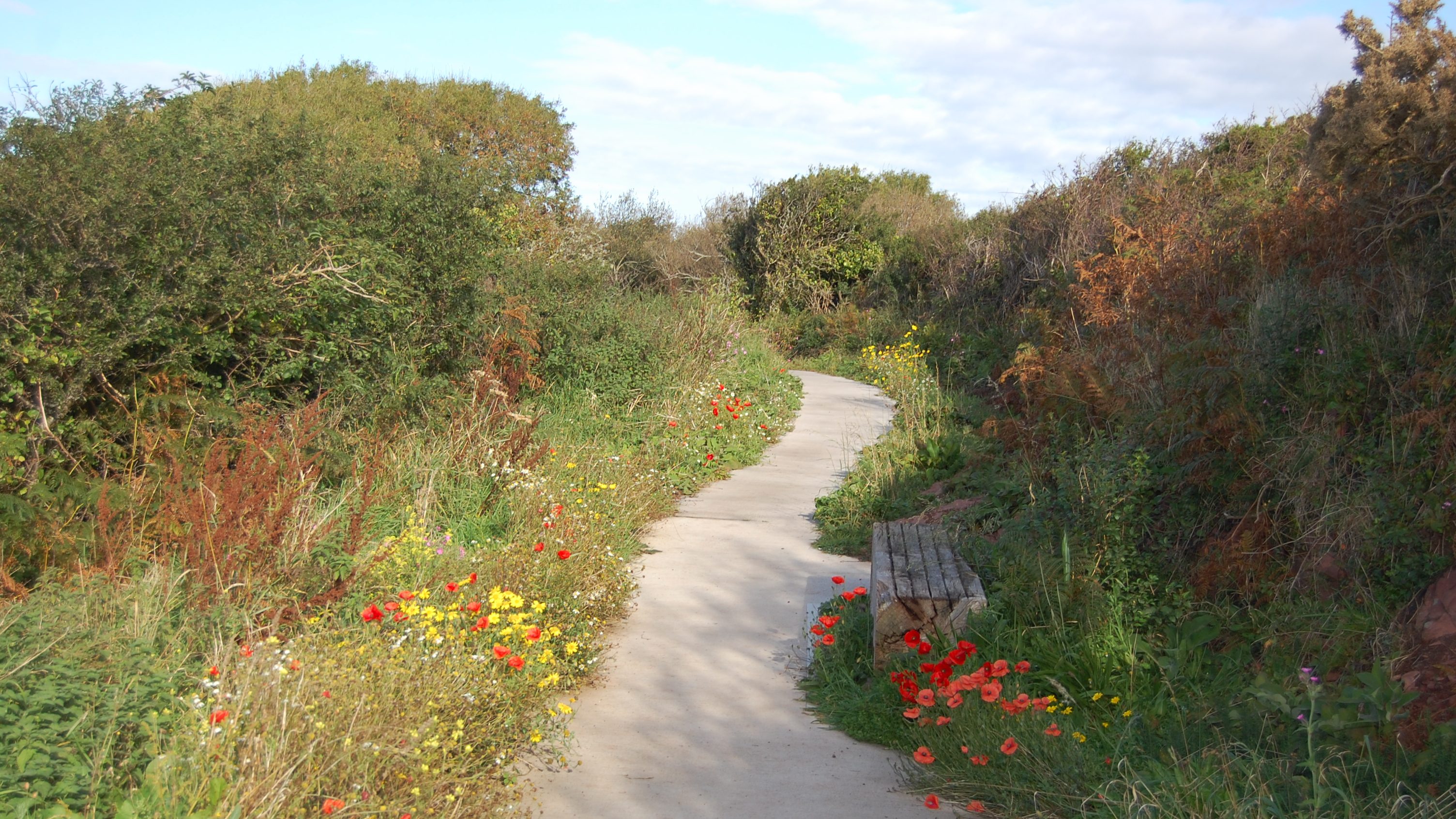 If you need to avoid steps and steep inclines, there are still plenty of breathtaking places you can access in the National Park.