The wide sandy beach has been popular with holidaymakers for decades, but in past centuries Freshwater was a favourite haunt with smugglers.

Smuggling was very much part of the local economy in the 18th and 19th centuries and at one time Manorbier Castle, a mile or two east, was used as a headquarters by a notorious gang of Cornish smugglers who landed contraband on nearby beaches and hid it in tunnels below the castle.

The sand dunes at Freshwater East have suffered in the past from trampling by visitors, but have been restored and are now protected. Dunes are home to some very special wildlife, including glow-worms.

On summer evenings the little insects climb to the top of a blade of grass before “switching on” – so look for points of greenish light at about shin height.

The easy cliff top walk between the two bays offers marvellous views of the coast, while the route along the lanes can be a treat too, especially when the verges are alive with colourful wildflowers in spring. 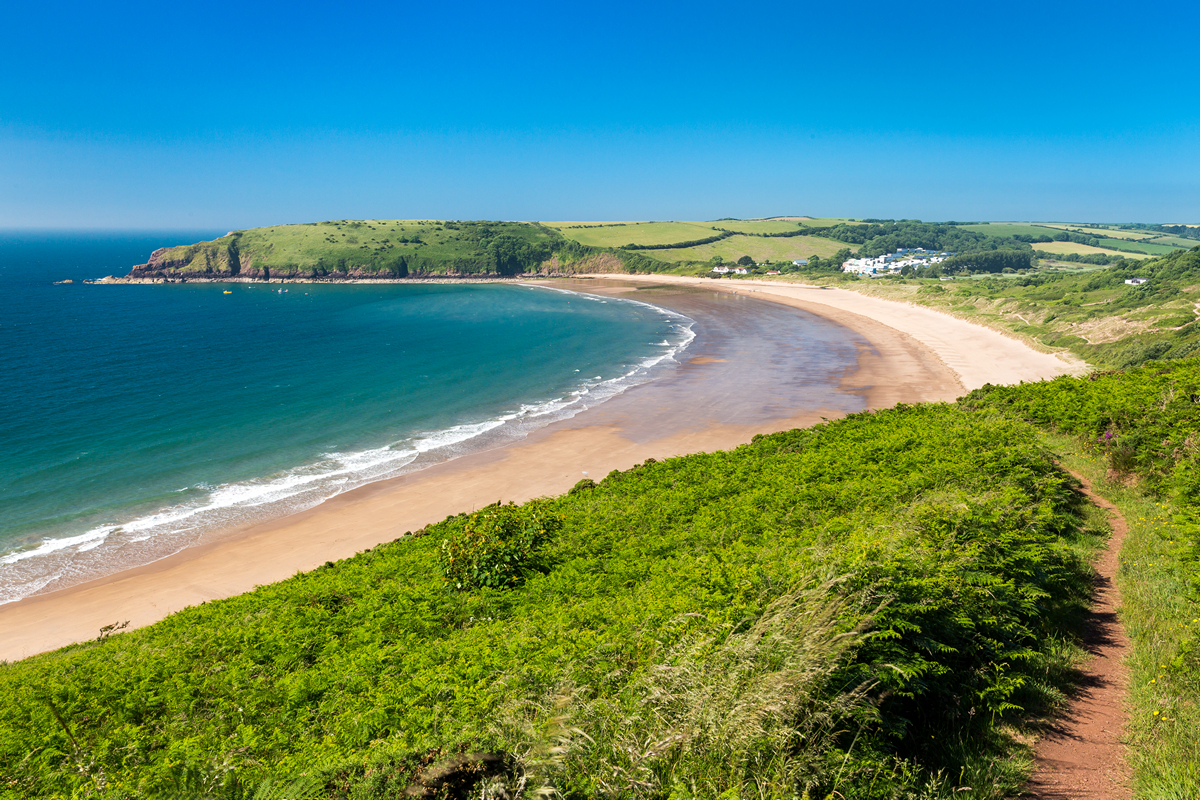 The route brings you to Swanlake Bay, which is nearly always quiet because it is only accessible on foot. At the back of the beach look for signs of an earlier one, a step above its successor.

This raised beach is a remnant of a time before the Ice Age when the sea level around Pembrokeshire was higher than it is today.

Signs of very early human occupation are not always so easy to spot.

The Stone Age hunter-gatherers of Pembrokeshire lived so simply that they left few traces of their presence, but archaeologists do sometimes find traces of the waste they left as they worked flints to a sharp edge. Flint chippings of this sort have been found at Swanlake Bay.

Tim Jones, South Sector Ranger for Pembrokeshire Coast National Park Authority, says: “Manorbier and the area around about is a fascinating place with an interesting history. Among the more interesting stories are the smugglers’ tales – though as far as I know there’s no hard evidence to back them up.”