Garn Fawr is the high point on this stretch of coast, its old Ordnance Survey trig point standing at 213m (699 feet) above sea level.

The builders of Iron Age forts usually chose good vantage points. At Garn Fawr they picked a hill that now commands a breathtaking view of the coast, the lighthouse at Strumble Head and of the flat-topped Pen Caer peninsula to the north and east.

The people who constructed the fort more than 2,500 years ago made good use of the hill’s natural lines, linking its rocky outcrops with walls to form good defences.

Over the years some stones have been moved or taken, but it is still possible to make out much of the layout of its ramparts. The hill also has a World War One lookout point.

The viewpoint commands a landscape that was created by dramatic geological events more than 440 million years ago. Then volcanoes were active in the area, pushing out lava flows that cooled to form very hard igneous rocks.

In some places the molten rock did not reach the surface but cooled slowly below the ground. These igneous intrusions have resisted erosion better than surrounding layers to become rocky crags.

Garn Fawr is one intrusion, as are its neighbours to the east, Garn Fechan and Garn Gilfach.

Look out too for the little ruin by the track near Tal-y-Gaer farm. This building is thought to be a medieval hermit’s cell, but may be even older.

Just off the route is the pretty cove of Pwll Deri, hemmed in by impressively steep cliffs. The memorial stone nearby remembers the poet Dewi Emrys (1879-1952), whose poem Pwll Deri celebrates this area.

In late summer you may hear the calls of seals. The north coast of Pembrokeshire has a large population of grey seals and in late August and September pups are born at quiet coves like Pwll Deri. 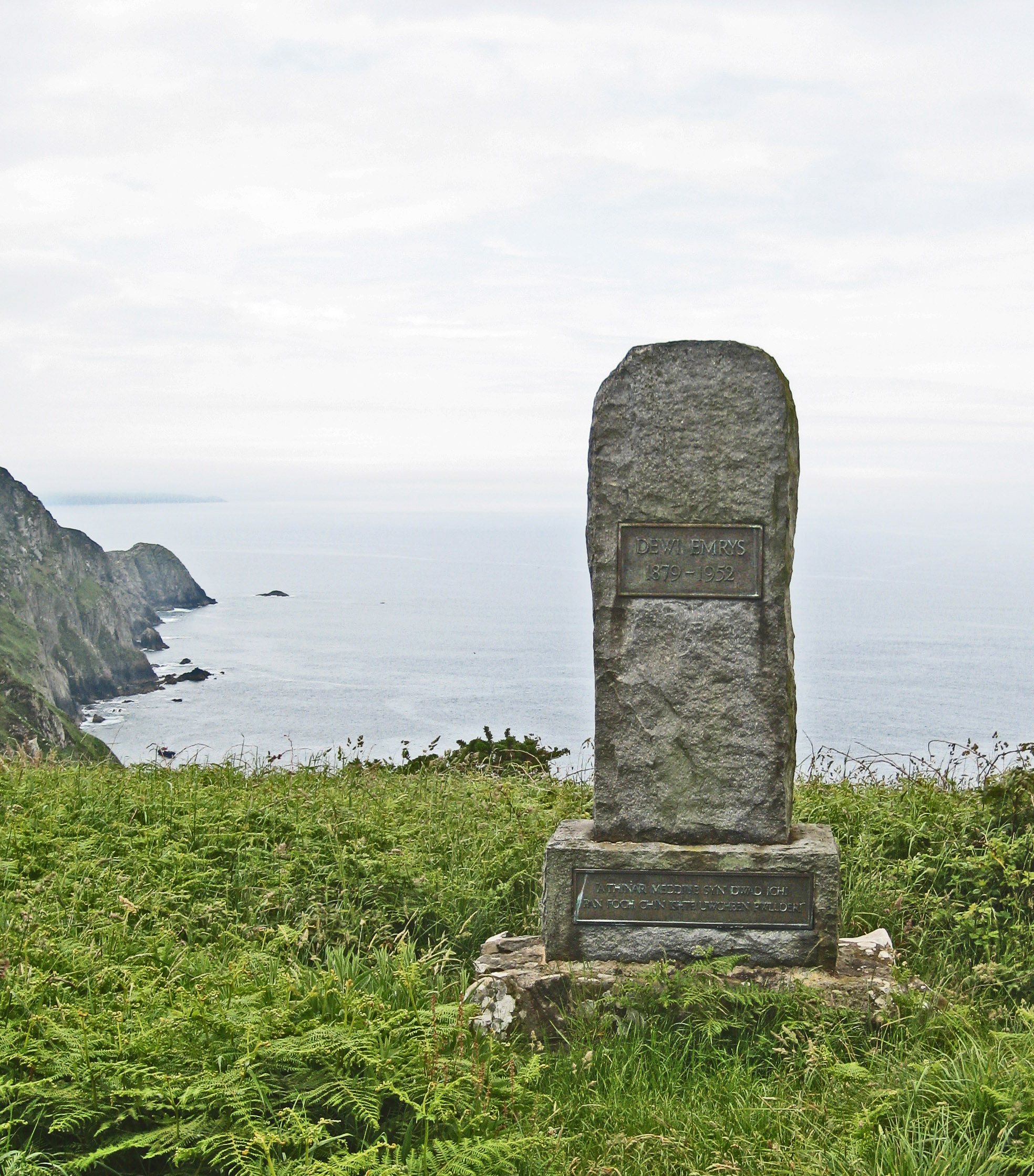