The town’s Welsh name, Trefdraeth, translates as Beach Town but Newport actually boasts two beaches that are separated by the River Nevern.

The trail skirts one, the Parrog, while the other – Newport Sands – can be seen across the tidal estuary.

This is a fascinating place. Founded as Novus Burgus around 1200 by the Norman Lord of Cemaes, the street layout sticks closely to the grid pattern of the Norman new town and the castle remains the main landmark of the town.

However, the town trail touches on much earlier communities. A Neolithic burial chamber, Carreg Coetan Arthur, now stands – rather incongruously – close to a small estate of houses. 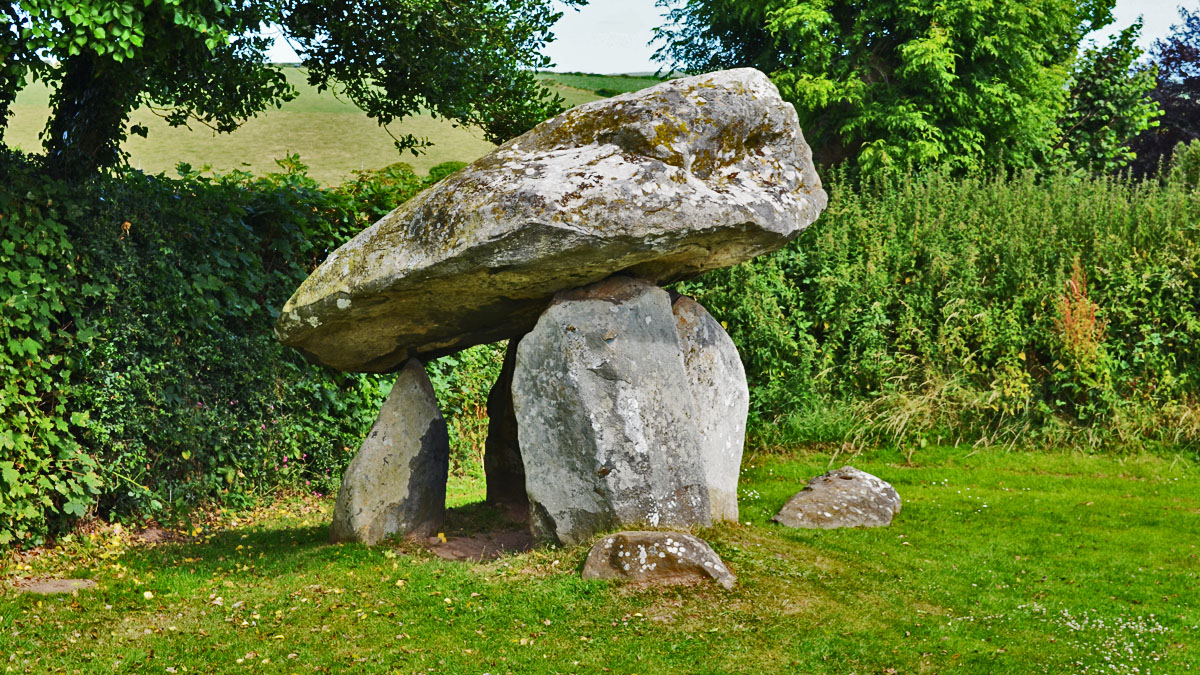 When it was built around 5,500 years ago the stones of the chamber would have been buried under a huge mound of earth to form a round barrow. Now, the great capstone teeters on just two of its four uprights.

The castle was built by the Norman founder of the town, William FitzMartin. It was a large stone building with a moat, but had fallen into disrepair by the 16th century and remained a ruin for nearly 300 years.

Renovated in 1859, its gatehouse was converted to form a home which is still inhabited today. The castle is not open to the public.

Another fine building is St Mary’s Church which was also founded by William FitzMartin. Most of the church dates from the 19th century but the tower is part of the original structure.

Some Norman new towns prospered, others failed. Newport was modestly successful, becoming a trading and shipbuilding community. From the 16th century until the railways killed much of the coastal trade goods like wool, slate and herrings were exported from warehouses at The Parrog.

Hear the legend of a saintly man who made his home in North Pembrokeshire with strong links to Nevern and Carn Ingli.

Discover the legend of St Brynach on