Visit the place where legend says a King was turned into a giant boar.

Porth Clais harbour at the mouth of the River Alun was once the place where goods were brought in for the cathedral in St Davids (St Davids peninsula was known as Dewisland to the pilgrims who came there to visit his shrine in the cathedral.

In Welsh, St David’s name is Dewi Sant, so Dewisland was the land of Dewi). They would land at Porth Clais and walk to the shrine via St Nons Holy Well and Chapel (below St Non’s Retreat).

The narrow harbour here was carved out by meltwater about 7000 years ago at the end of the last Ice Age.

It was a busy port from the sixteenth century, carrying not only pilgrims but limestone to be burned in the lime kilns that surround the harbour. Its mentioned in the Mabinogion in the tale of Culhwch and Olwen as the place where the Twrch Trwyth (the Irish king who’s been turned into a giant boar with a comb and scissors between his ears) comes ashore.

St Davids, the cathedral and the Bishop’s Palace are a must-see.

The Birth of St David

Amid a raging storm, Wales’ patron saint was born.

Read More on The Birth of St David 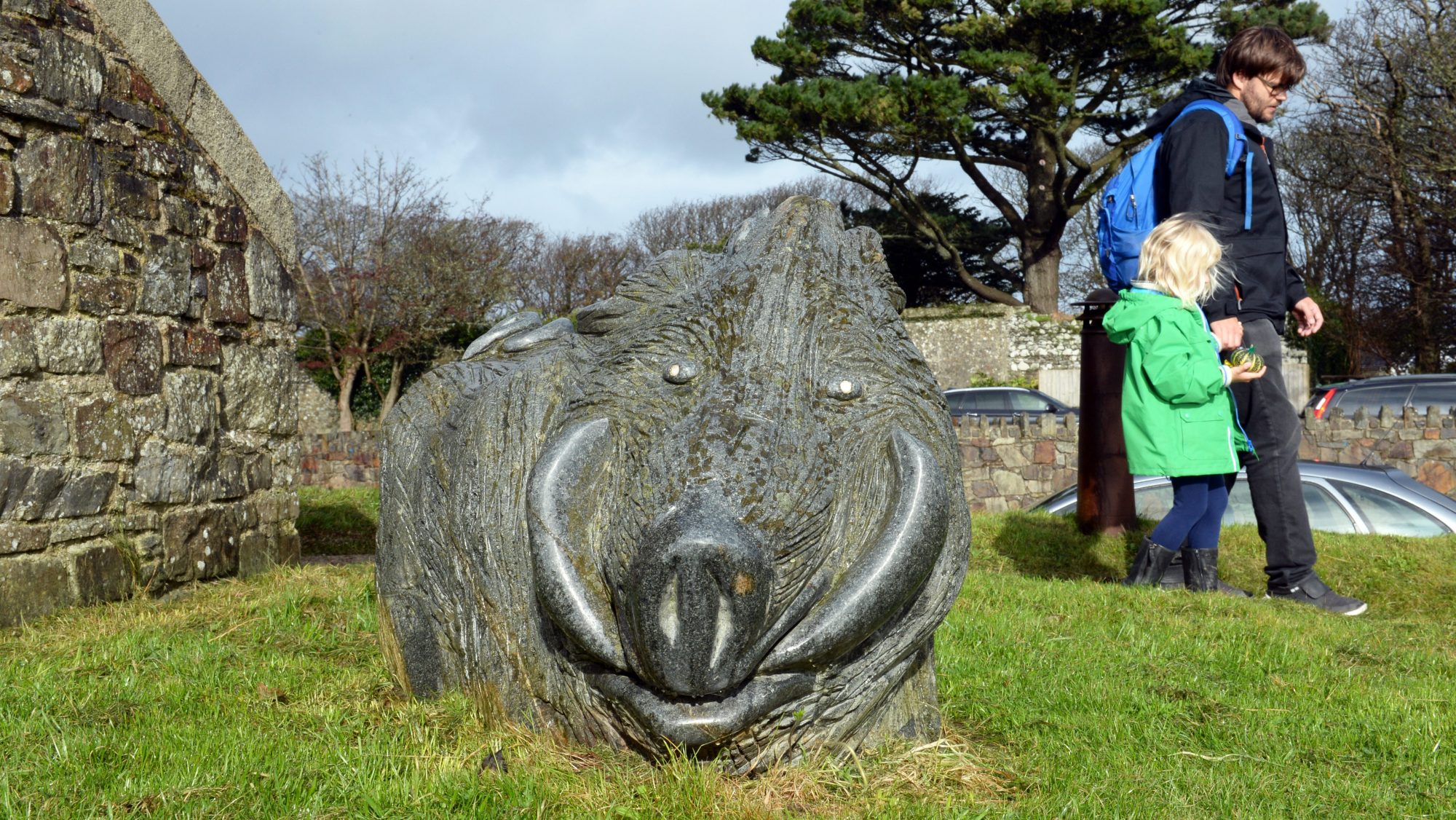 The story of a brave warrior’s quest for his beautiful bride on the wild and rugged Preseli Hills.

Read More on Culhwch and Olwen