DISTANCE/DURATION: 0.6 miles (1.0 km) 30 minutes.
CHARACTER: from the B4329 road walk along bridleway/farm lane for 50 metres, then walk up slope along track and across moorland to standing stones. Uneven and boggy ground, reasonably gentle gradients, paths with natural surfaces.
LOOK OUT FOR: Prehistoric standing stones constructed by ancient people. Some of these stones may have formed part of a large circle and may be associated with stones at Stonehenge.
Caution: Parking is limited to two laybys shown on the map; please do not park in gateways or passing places. The land is designated a Special Area of Conservation, a Site of Special Scientific Interest and a Scheduled Monument and protected by law.
Unauthorised disturbance or damage is a criminal offence. Please respect this protected landscape, its archaeology and natural habitat. Please keep dogs on leads as sheep graze here.

Waun Mawn and the surrounding landscape contains a number of nationally important archaeological features, which includes a number of large standing stones scattered across the landscape. These are dated to prehistory and were constructed by ancient people.

The area known as Waun Mawn contains standing stones with the westernmost stone standing close to the track. Further east, the site contains a standing stone and also ones that now lay flat. This suggests that more stones used to stand in the past and may have formed part of a large stone circle. 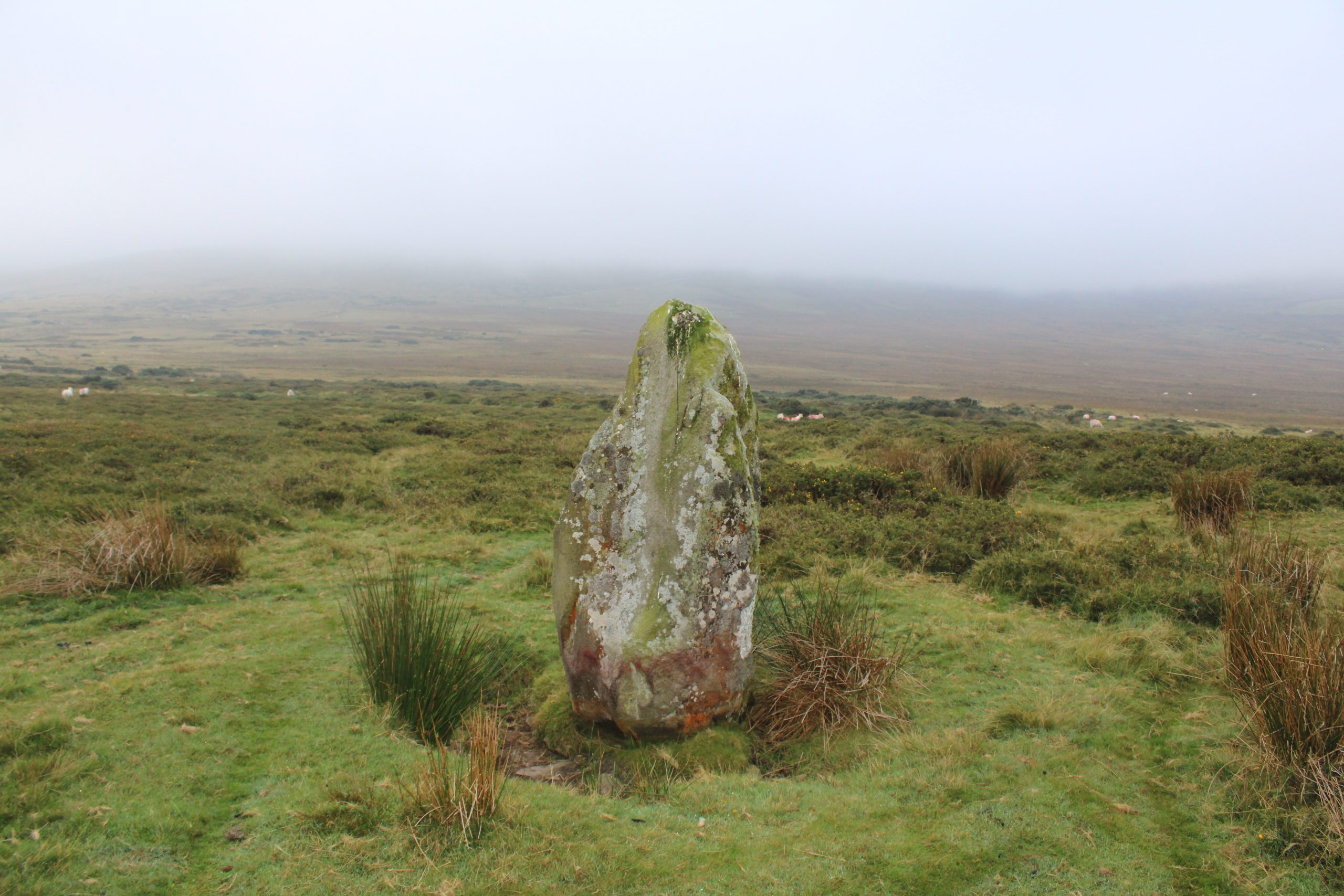 Archaeologists researching the site more recently believe that some of the standing stones that composed the circle, now stand at Stonehenge. According to dating evidence from Waun Mawn, the stones that remain at the site pre-date Stonehenge. As such, some consider that the stones used in the circle at Waun Mawn were dismantled and then transported to Stonehenge where they were used in its construction.

While it is tempting to conclude that this accurately reflects the story at Waun Mawn, research at the site is ongoing.

As such, it is only through the collection of further data that it will be possible to provide a more definitive conclusion as to this interpretation.

The historic environment is part of what makes the Pembrokeshire Coast National Park such a special place. People have lived and worked in the park for thousands of years, and have shaped the way it looks today.