Take a look at Fishguard Fort in 1797 and read on to find out more about why it was built. 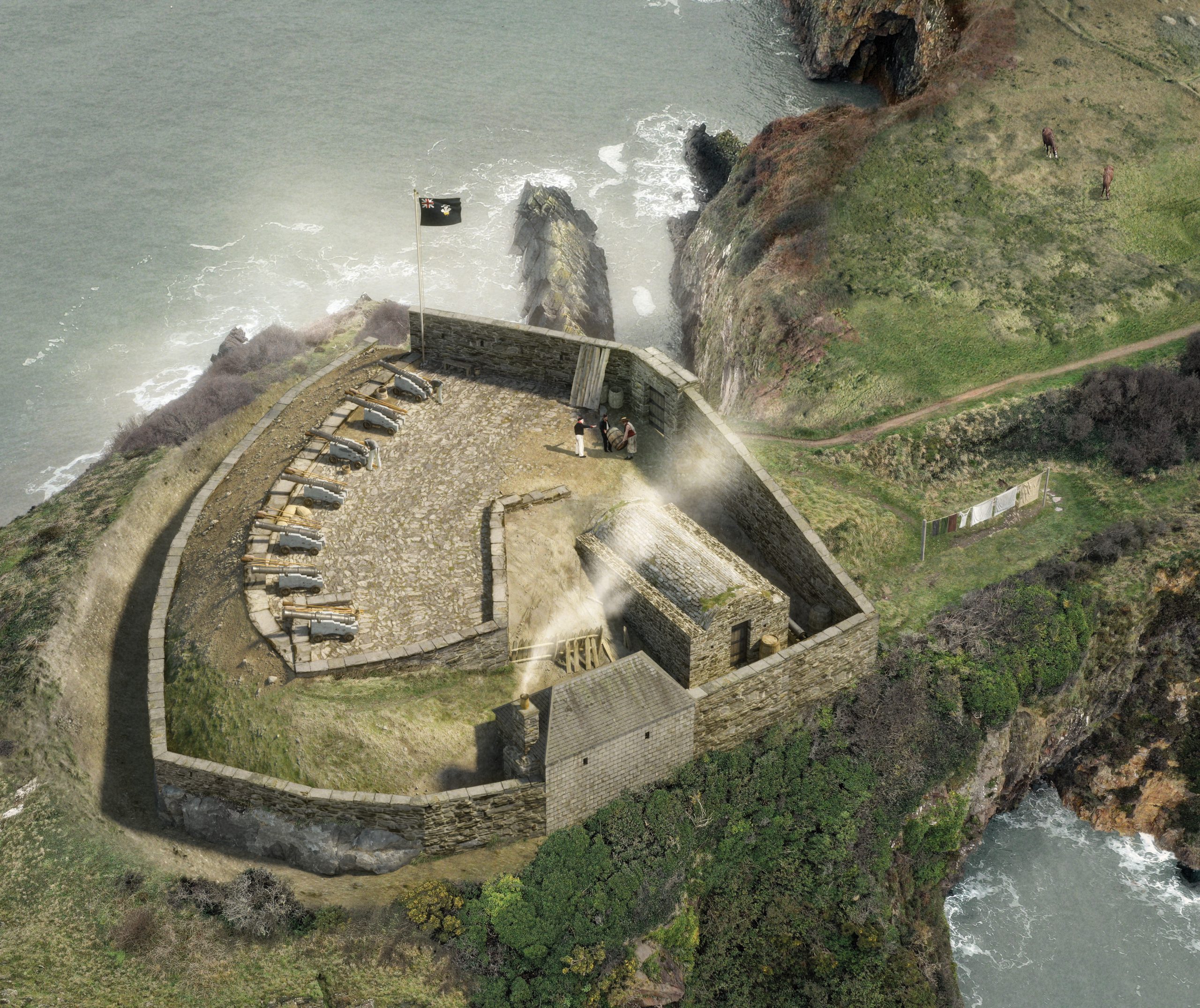 3D reconstruction of Fishguard Fort as it may have looked in 1797, at the time of the Last Invasion of Britain.

Click on the 360° view below to see the fort from a gunner’s perspective.

Today, the port town of Fishguard feels remote to anyone arriving there overland. But the sea has always been a gateway to the wider world. Fishguard Fort’s colourful story connects our local shores to global history.

Eighteenth Century Fishguard was bustling. Herring boats brought their catch to be dried, salted, smoked and exported. Timber, coal and limestone arrived by sea. Salmon were fished on the river Gwaun and a small factory produced cloth. Smugglers brought wine and spirits in via isolated coves.

During the American War of Independence American and French privateers prowled the coast. In 1779 a smuggler’s guns repelled an attack by the Black Prince. Its captain had tried to hold the prosperous port to ransom. 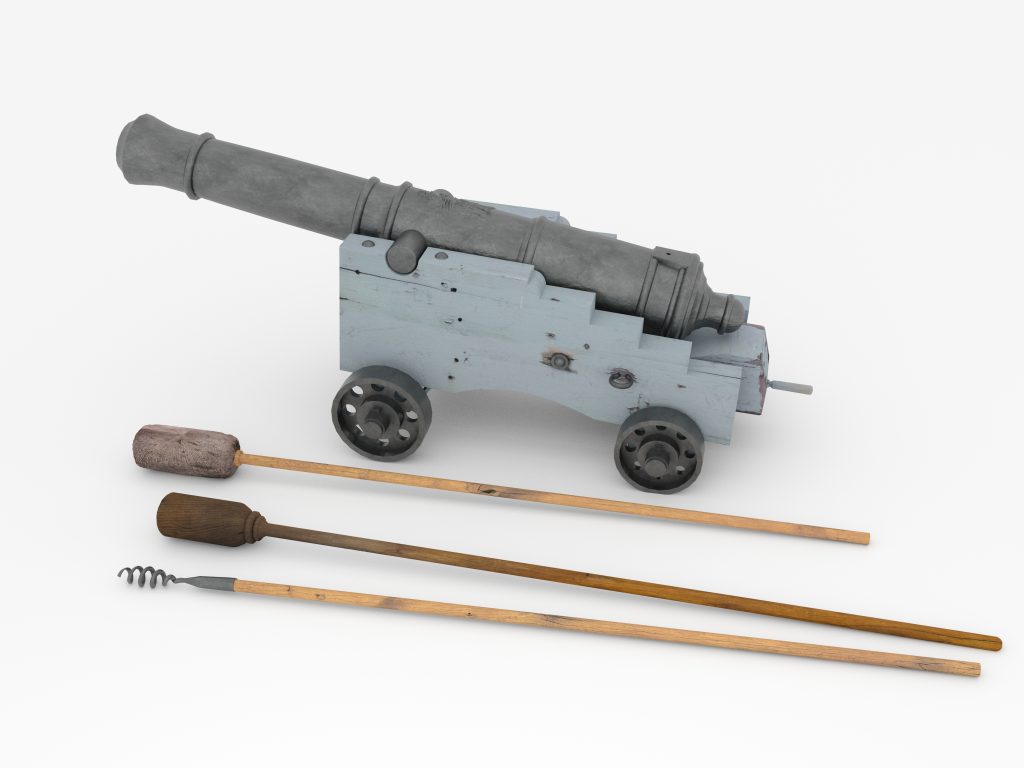 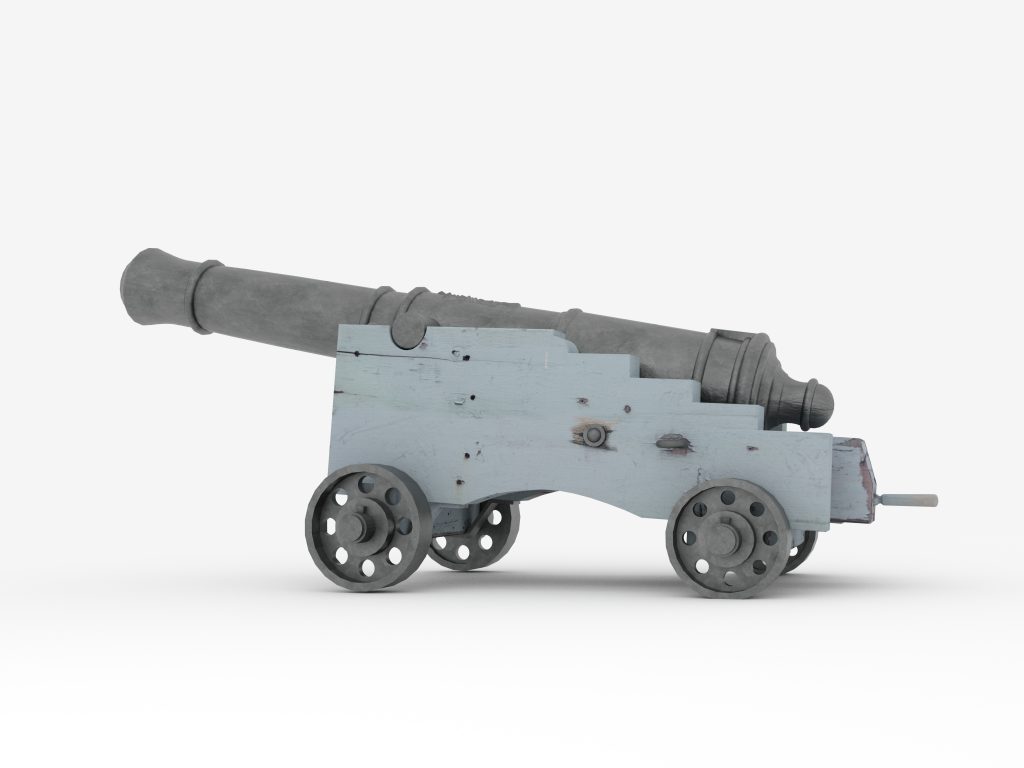 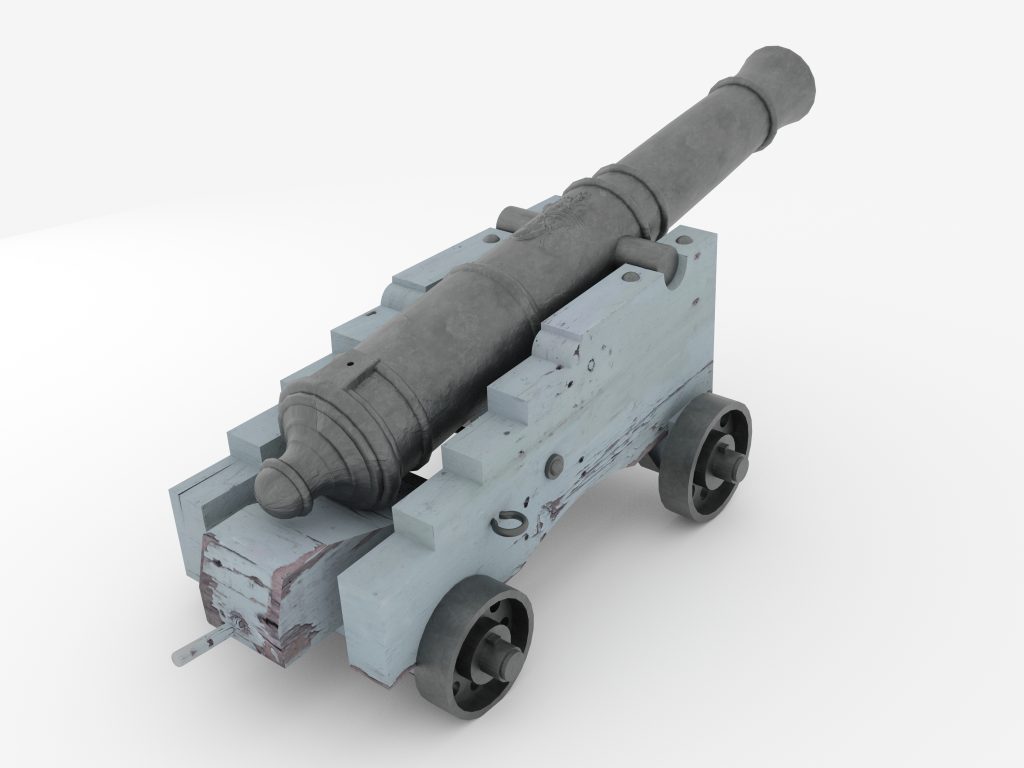 Later, revolutionary France became a threat. However, ammunition was often in short supply. When a French fleet entered the harbour on 22nd February 1797 all the gunners could do was fire a volley of blanks. It was enough to deter the invading fleet, which landed at Carreg Wastad instead. This became known as the Last Invasion of Britain. 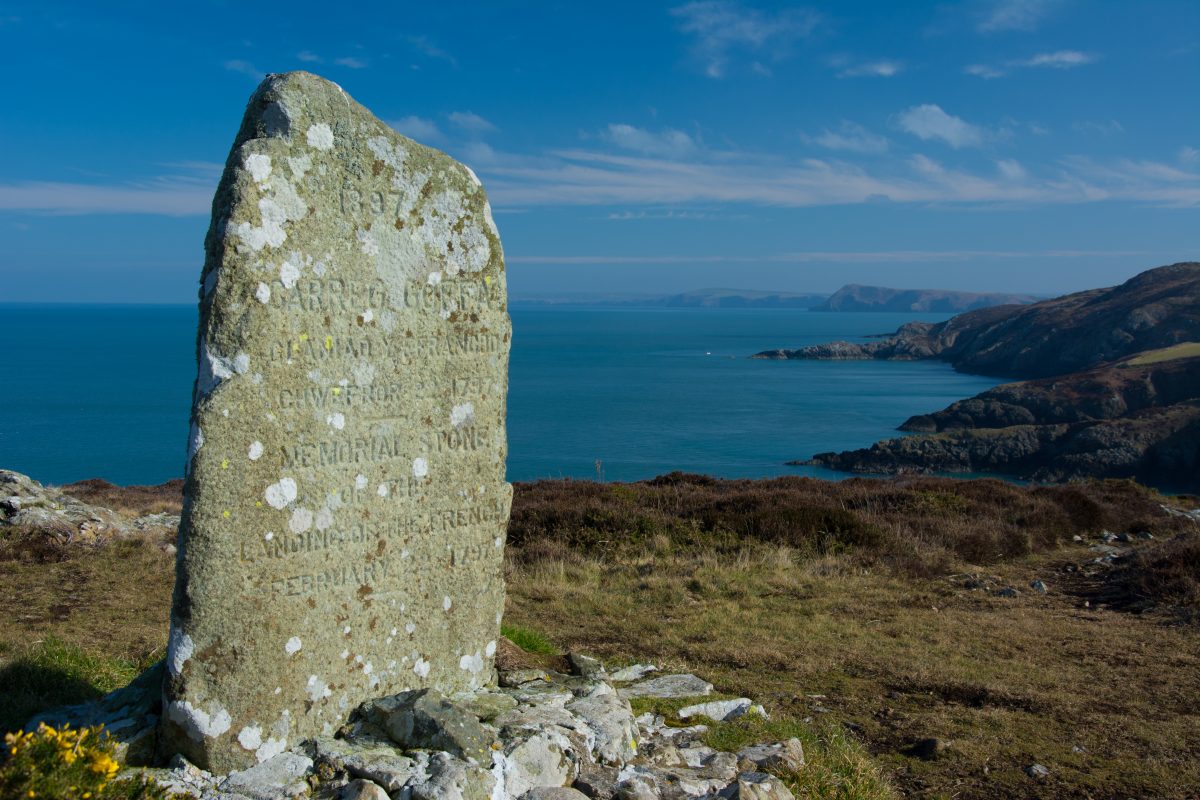 The memorial stone at Carregwastad Point, the location of the Last Invasion of Britain.

Fishguard Fort came back into use in the Second World War. Searchlights illuminated German seaplanes attempting to lay mines in the harbour. Lewis machine-guns were also part of the defences here. If you visit the fort, you can still see the concrete bases of two Nissen huts. 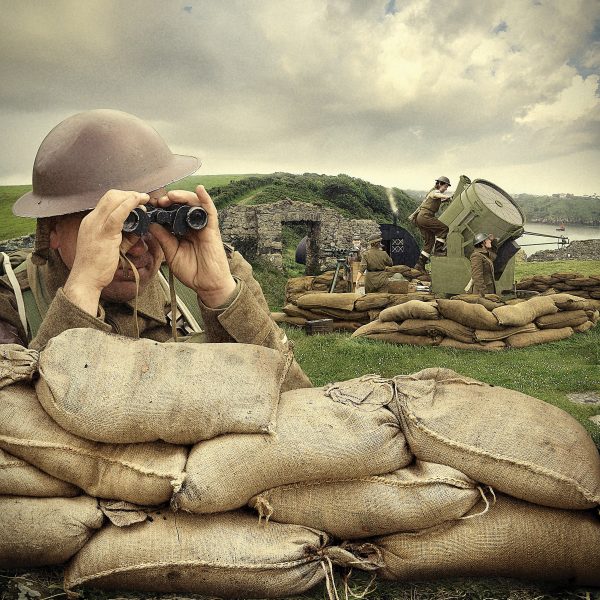 Just like today, women were also taking steps forward during WWII. It is possible that women manned searchlight batteries too.

Parts of Fishguard Fort may have been lost because of coastal erosion. Coastal erosion, which is linked to climate change, threatens many historical sites along our coastline. To help safeguard our coastal heritage, join the Changing Coasts photography project.

Fishguard Fort is a scheduled monument and a Site of Special Scientific Interest (SSSI). If you notice any problems on your visit, please follow the advice on the Heritage Watch page.

Discover more about Archaeology in the National Park 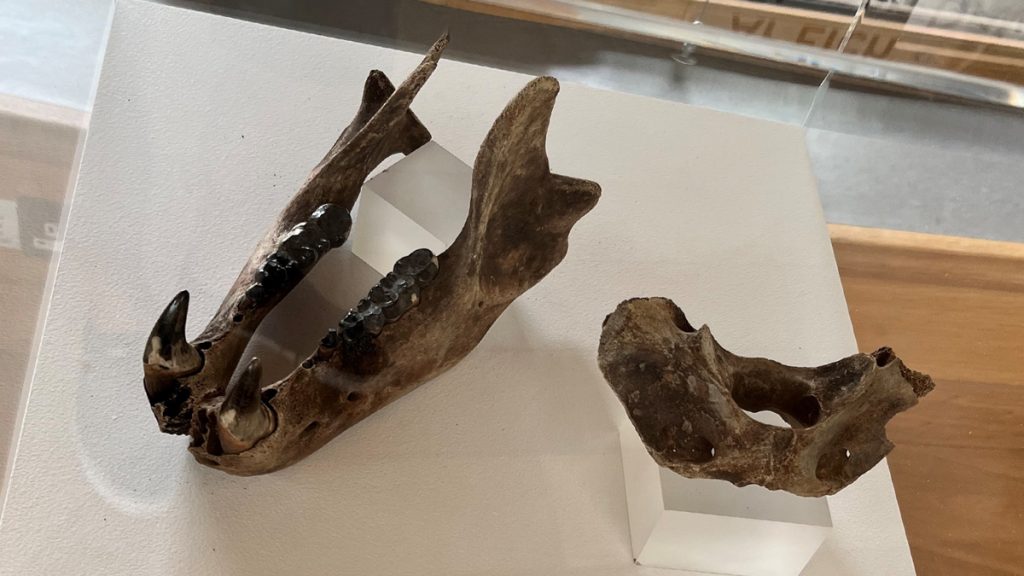 The Ancient Beasts of Whitesands

In 2014 huge storms ripped the sand away from Whitesands beach. See 3D reconstructions of the wild animals that lived in the remains of the ancient wo...

Read more on The Ancient Beasts of Whitesands 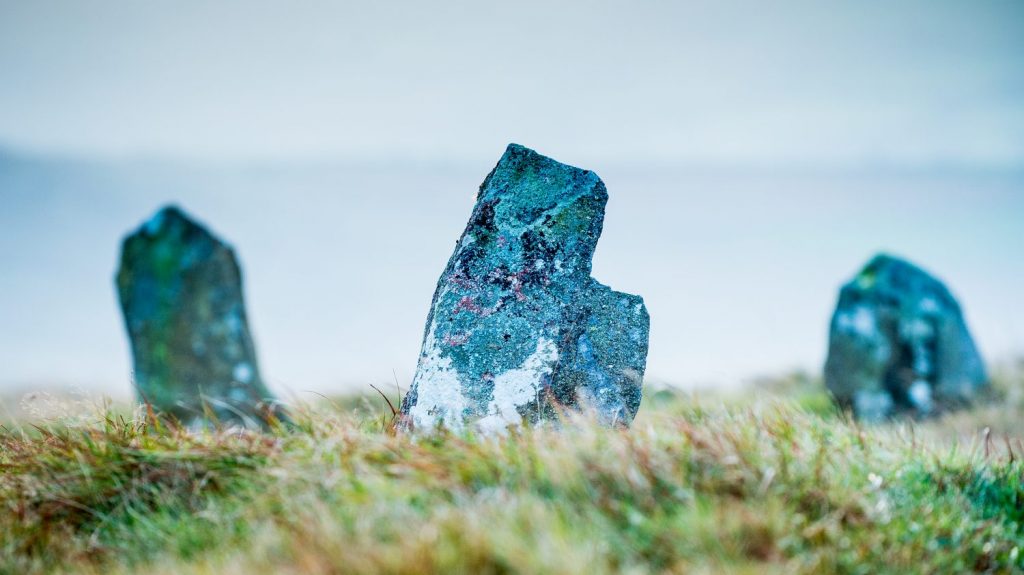 You can help protect our historic landscapes by reporting heritage crime to Dyfed-Powys Police. 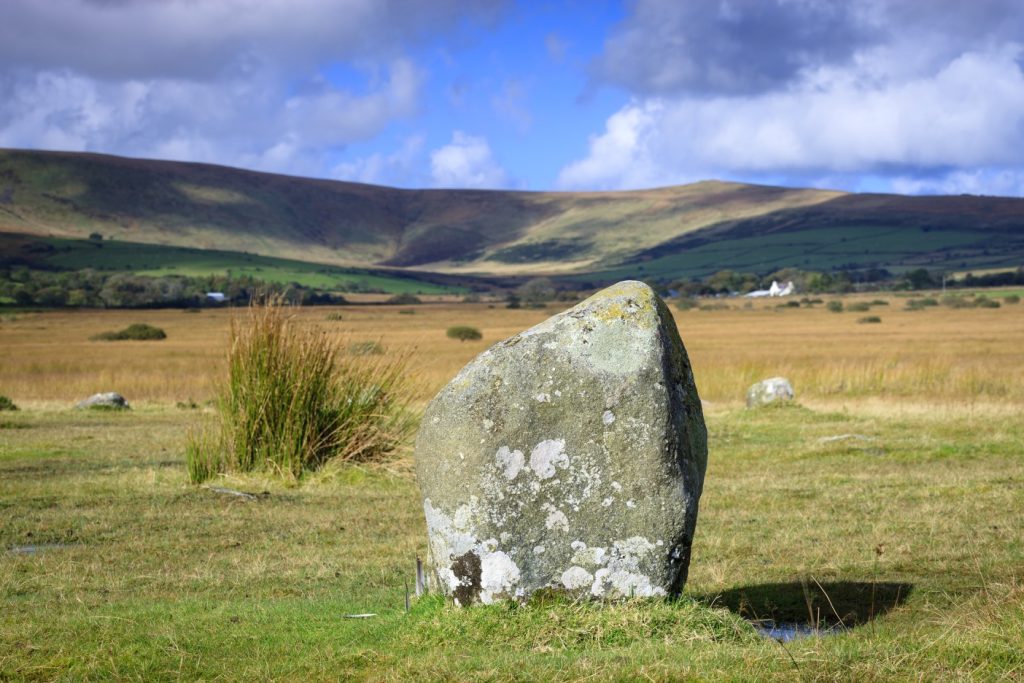